An Engrossing Thriller from John Verdon 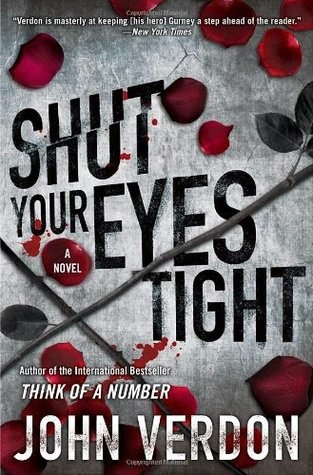 
When Dave Gurney retired from the NYPD as a decorated homicide detective and moved to an isolated country farm, he thought he was putting his old life behind him. Certainly his wife, Madeleine, hoped that was the case, and she loves their new life of peace, quiet and long walks in the countryside. She delights in her flowers, the wild life that abounds around the farm, and in her various hobbies.

Dave, not so much. Gurney discovers that he misses the hunt. His job had energized and challenged him, and he finds that sitting around watching the asparagus grow is not all that fulfilling.

A few months earlier, much to Madeleine's chagrin, Dave agreed to consult on a murder investigation, known as the Mellery case (Think of a Number), and his doing so threatened his marriage and his life. Once the case was concluded, Dave determined to put homicide investigations behind him once and for all, but now he's asked to consult again on a particularly difficult and gruesome case.

A young bride has married a very successful psychiatrist and then, only moments before the wedding toast, the bride is discovered in a small cabin on the property where the wedding is being held. She has been decapitated and her head is left, sitting on a table, staring back at the rest of her body.

The prime suspect is a mysterious Mexican gardener who was working on the property, who allegedly opposed the marriage and who has now disappeared. The police have launched a massive manhunt for the missing man, but he has vanished, along with the neighbor lady with whom he was allegedly having an affair.

The bride's wealthy mother is not happy with the way the police are handling the case and she offers Gurney a huge fee if he will look into it. Naturally, Madeleine opposes the idea, but Dave is intrigued and finally suggests a compromise in which he will give the investigation a couple of weeks and will then bow out, irrespective of the state of the investigation at that point.

Well, of course we all know how that's going to work out. Before long, Dave will be deeply entangled in the most intellectually challenging case he's ever confronted, and no matter what his wife thinks, he will have to see it through.

To say much more about the plot would probably be unfair; suffice it to say that this is a complex, densely plotted and very entertaining novel with more than the usual number of unexpected twists and turns. The characters are intriguing and the crimes are challenging. The book should appeal to anyone who enjoys a well-written psychological thriller.

SPOILER ALERT: DO NOT READ BEYOND THIS POINT UNLESS YOU WANT TO SEE A SIGNIFICANT PLOT POINT.

(view spoiler)[I have two reservations about this book. The first has to do with the relationship between Dave Gurney and his wife, Madeleine. Watching the way Dave's first case impacted their relationship was interesting, but watching the same story a second time was less entertaining. Clearly the two are at cross-purposes regarding the way in which Dave will spend his retirement and one of them needs to give in to the other. Either that, or they need to go their separate ways, but I would not want to read a third novel in which the two are constantly at odds over Dave's work.

My second concern involves a development that occurs when Dave engages a particularly nasty character about midway through the book. Dave is drugged and wakes up later with no memory of what has occurred over the last several hours. There is a serious possibility that he may have been photographed or filmed in a compromising situation. Dave thinks about the possibility of going to a hospital and having them run a tox screen to see what drug he might have been given. But then he decides against doing so.

SAY WHAT??? He has no idea what he might have been doing for the last few hours. He could have been set up for a very serious crime, and his only defense would be that he had been drugged and photographed in a compromising situation without his knowledge. The tox screen could confirm that he had been drugged and this is his only practical defense against whatever might be coming at him. Once the drugs are out of his system, he will have no defense. Dave is a brilliant guy and an experienced police detective. It's inconceivable that he wouldn't take this logical step to protect himself, and this colored the rest of the book for me. I still enjoyed the book a lot, but I would have enjoyed it more had it not been for these two irritating factors.