I Seem To Be Obsessed With Obsession 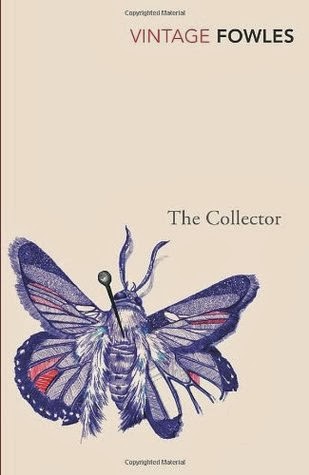 Withdrawn, uneducated and unloved, Frederick collects butterflies and takes photographs. He is obsessed with a beautiful stranger, the art student Miranda. When he wins the pools he buys a remote Sussex house and calmly abducts Miranda, believing she will grow to love him in time. Alone and desperate, Miranda must struggle to overcome her own prejudices and contempt if she is understand her captor, and so gain her freedom

I found this book far more horrific than Silence of the Lambs which had a some similarities. You really didn't need the addition of skinning a victim alive to be frightened by this story, just getting into Clegg's mind was enough. Seeing him justify each abuse and each irrevocable step was chilling. He tries to pass off each violation as his way he shows her love not as the psychopathy that it is. The darkest form of obsession.

The writing is some of Fowles best and he uses it to make you really feel for Miranda and cheer at her attempts for freedom and feel just as crushed when she fails. The plausibility of the plot is one of the biggest creep factors of this book.

I'm not that fond of horror stories any more and it's mostly due to the expected gore or grossness value. There are few books that are written like Fowles novel these days and it says something about what we want out of our entertainment. Which I find as disturbing as I find the main character of this book.
Posted by Zorena Deckard at 10:00 AM