Drinking Boston: A History of the City and Its Spirits 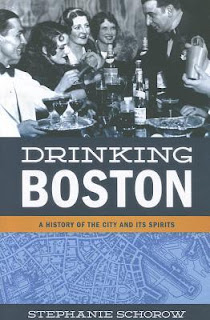 
From the revolutionary camaraderie of the Colonial taverns to the saloons of the turn of the century; from a Prohibition period rife with class politics, social reform, and opportunism to a trail of nightclub neon so vast, it was called the Conga Belt, Drinking Boston is a tribute to the fascinating role alcohol has played throughout the city's history. Teasing out this curious relationship in particular, the clash between a constrained Puritanism (lingering like a hangover today) and a raucous revolutionary spirit, Drinking Boston introduces the cast of characters who championed or vilified drinking and the places where they imbibed legally and otherwise. Visiting some of Boston's most storied neighborhood bars, this pub crawl ends with Boston's distinct recipe for the current cocktail renaissance sweeping the nation. Stephanie Schorow serves up a remarkable cocktail representative of Boston's intoxicating story: its spirit of invention, its hardscrabble politics, its mythology, and the city's never-ending battle between personal freedom and civic reform.

Since Boston has the dubious honor of coming in first place on the Daily Beast's 25 Drunken Cities list for two years in a row and I regularly enjoy the pleasure of working, eating, and drinking there, I knew this book would be right up my alley.

This is a very well laid out chronology of Boston’s drinking history starting with the city’s revolutionary past and Prohibition and continuing with a detailed exploration of the city’s changing landscape, the public’s drinking tastes and habits, and an interest in classic drinks while inventing new creations using a variety of ingredients not available in years past. It covers saloons, taverns, nightclubs, jazz bars, gay bars, dive bars, and today’s neighborhood eateries that serve craft cocktails.

The mention of Cocoanut Grove’s tragic fire in 1942 that killed 492 people makes me want to visit its former location and explore the subject further, since it is a part of the city’s history I wasn’t aware of.

One of Boston’s oldest surviving bars is Jacob Wirth’s. I enjoyed reading about how it survived Prohibition by serving “near beer” that had less than .5% alcohol and loved how customers celebrated Repeal at Jacob Wirth’s even though the establishment had not yet obtained a liquor license. 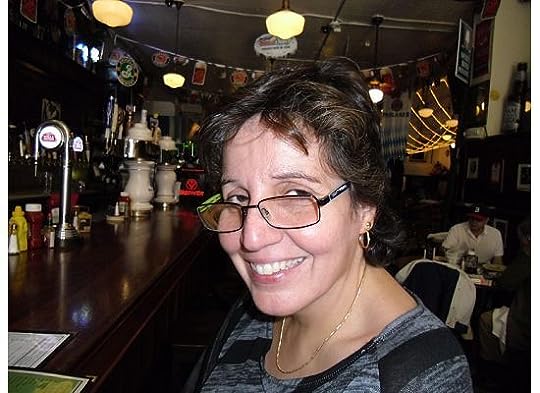 It was also interesting reading about McGreevy’s (formerly called the Third Base Saloon), a long-standing sports bar and baseball museum that is now owned by the Dropkick Murphys. Even though I’m not into sports bars, I’m tempted to visit just for its history.

Reading about some of the bars that have come and gone made me a little nostalgic for the Rathskeller (known as The Rat), a punk club in Kenmore Square known for its music scene, sticky floors, and fights. I remember seeing The Neighborhoods there in the early 80’s. 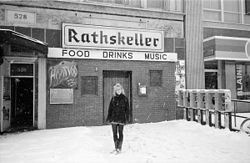 Along with the history, there are lots of interesting black & white photos and illustrations. Each chapter concludes with a drink recipe.

This is a thoroughly enjoyable and comprehensive history that I was glad to find at the library.
Posted by Nancy at 9:38 AM