Moxyland by Lauren Beukes
My rating: 4 of 5 stars 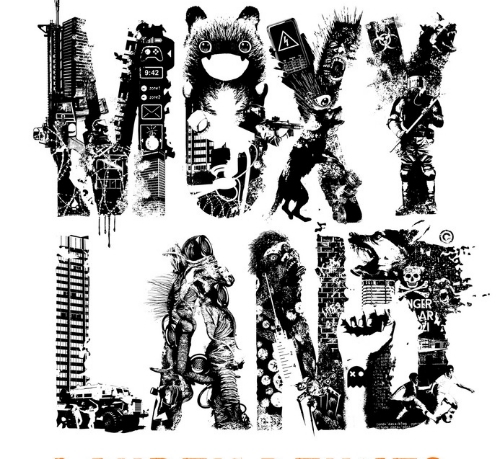 It is all about who controls the spin.

Corporations in this dystopia are more powerful than governments. Allegiances to corporations are taken more seriously than any patriotism to countries. Orphaned AIDs babies are grabbed and thrown into corporate schools. Indoctrination and dependency are established early. This might be the future, but it isn’t the far future. I just read an article about the fact that the University of Phoenix wants to get into teaching lower grades. They want to provide an alternative to public school. They plan to have the students jacked into the internet all day, learning online.

The future becomes the present.

Lerato was one of those AIDs babies and now is trying to jostle her way to the top of a massive corporate structure where the higher you go the better the view. She is a brilliant programmer. She is promiscuous with preapproved men from the same corporation, which eliminates the need for signing reams of nondisclosure agreements. She looks down on those normal people who are unassociated with a corporation. I would guess that outlook was encouraged at the corporate school. She is set really. She understands the politics and knows that, even in a group of bright people, she is still a half a step ahead of the rest.

So how does a woman like this get hooked up with a bunch of revolutionaries?

Her connection is Toby. An ex-friend with benefits who has just been cut off by his “motherbitch,” and now he is trying to pick up some extra cash wherever he can. He is constantly streaming video to his podcast, so he is also always looking to make his life more interesting so he can attract more followers, syndicate his stream, and snare some sponsors. He is a bit of an ass, which is probably why his mother cut him off, but from my experience in social media, the bigger an asshole you are the bigger your following. When Tendeka, a rich boy revolutionary, contacts him needing his help, Toby doesn’t give a crap about the revolution. He cares about the added spice it will give his streaming.

They need a programmer's help, and that is where Toby connects Lerato to Tendeka. In that black corporate heart I’d like to think there lurks a bit of humanity, but in reality Lerato is thinking about changing companies and wants to leave with a backdoor she has written into the code that will allow her access into the company software. In other words, she is willing to help because it helps her. 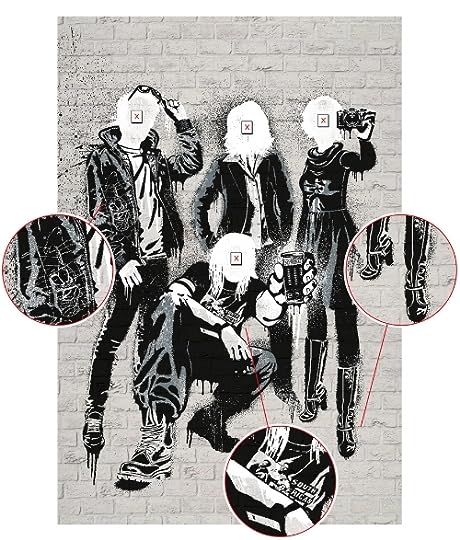 They don’t need your face to know who you are. They know everything they need to know about you from your phone and from your footprints online.

Kendra is the last piece of this jumbled puzzle. She has sold her soul to a corporate sponsor, which is actually kind of sad because out of the four main characters in this book she is probably the only one who actually has a soul worth owning. She is a photographer, one who uses real film, nothing digital for her, and the film she is able to procure is old and unreliable, which actually helps to give her photos many more unexpected, artistic elements.

The corporation shot her up with nanobits that keep her from getting sick and give her beautiful body an added healthy glow. Their logo radiates beneath her skin. Worked into the potent mixture they give her is also an addiction to a new soft drink they want to market called Ghost. They want this lovely woman with ”hair streaked in fat chunks of copper and chocolate” to be seen drinking their product. Not only drinking it, but craving it. She is a walking advertisement.

She meets Toby and gets snared in the mess he seems hardwired to always find.

The police have dogs that are controlled by some of those same nanobits swimming around in Kendra’s blood. These modified dogs are used to secure people who have stepped outside of the rules. The police also have the ability to DEFUSE a person, which means locking up the chip in their phone and making it impossible for them to go online or even open doors in the physical world. It completely cuts them off from the online culture. Life becomes very real at that point.

Can you imagine if punishment entailed cutting off people from Facebook, Twitter, online gaming and gambling, and *gasp* Goodreads? Can you image the reaction? Mass hysteria, contemplations of suicide, people wandering aimlessly muttering to themselves, dramatic homicide rate increases, and prayers lifted to the demigod called INTERNET.

*Shudder* it is too terrible to consider.

One of the games that Toby accesses is called Moxyland, and the moment he enters, even though this is really supposed to be a kid’s game, the other more experienced players attack him, beating him up. They routinely thrash any new players. Mob mentality, we can’t seem to escape it even online. Our worst traits in real life appear online, only magnified by the power of ten by the anonymity that hiding behind avatars gives people.

The four main characters all come together in one desperate bid to try and change the world. The question will be, is resistance futile, assimilate or DIE? 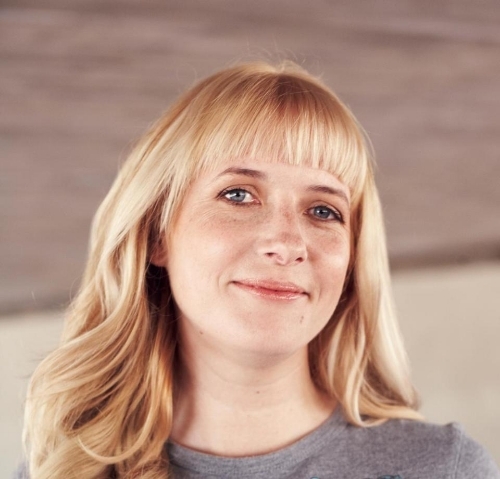 Lauren Beukes looks like the nerdy cute girl next door, but in that mind lurks some dark, dark thoughts.

Lauren Beukes presents a dystopia that is not far from where we are now. I’ve been harboring fears for many years that corporations would give up any pretense of allowing governments to exist. This book was an all too real version of a future I hope I don’t have to see realized, but I worry that we are almost there now. While reading, I kept having flashbacks to early William Gibson novels, made more current with a flashy slang created by Beukes. Don’t let the slang bother you; I soon caught the groove. There is plenty of social commentary layered into the plot. This world she has created is not a stretch for the imagination, which makes it all the more terrifying.

Addendum: A few weeks ago my company had a Strategic Planning Session with a facilitator. The facilitator told us that she had a tattoo of her corporate logo on her arm and asked us what sort of tattoo design we would envision for our company logo. I thought it was odd, but after reading Moxyland, now I think it was the future finding me in the present.

Posted by JEFFREYKEETEN at 9:11 AM