Amazing Spider-Man: Renew Your Vows by Dan Slott
My rating: 5 of 5 stars 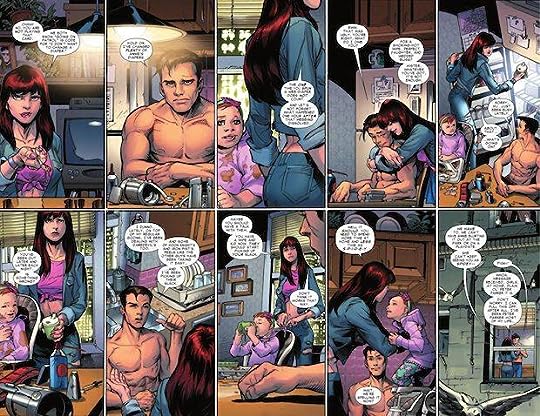 He's doing his best for his family and his home. When heroes start disappearing Spidey heads to Avengers mansion to find out the cause. A group of heroes were already there discussing just that. 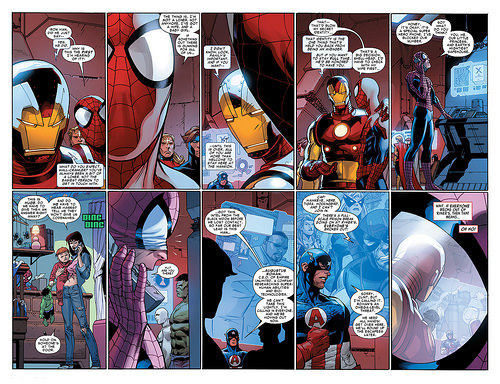 As the team prepares to face the Regent, they call a team of heroes who are at a prison break to join them even though all the prisoners escaped. One prisoner in particular forces Spidey to swing home rather than fight with the Avengers. 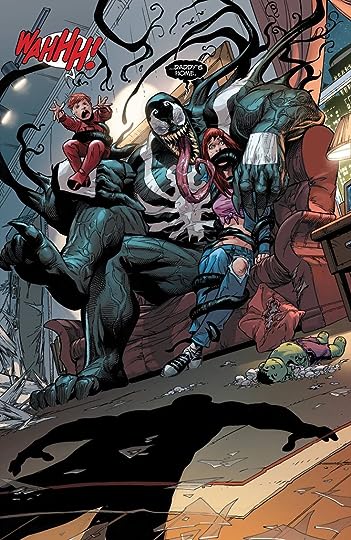 Peter saves his family while the Avengers are annihilated. 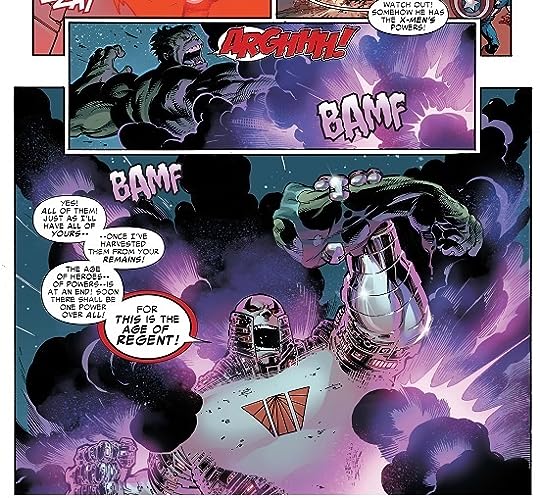 Peter vows to protect his family over the entire world as the Regent culls the remaining population of superpowered heroes.


"That was the day The Avengers died. That every last hero died. Even 'Spider-Man.' It just looked like him standing there. But that was just me. Peter Parker. A Dad in a stupid red and blue suit. That was the day I learned what trump's great power...an even greater responsibility. "


I think being a Dad made me really love Spider-Man Renew Your Vows. As a father I can't imagine anything I wouldn't be willing to do to protect my family and seeing Peter Parker's decisions in this miniseries really hit home for me...as much as a man with spider powers in spandex could. To watch Peter Parker choose to hide rather than fight to protect his family was touching. Peter was completely unwilling to place his family in harm's way.

This is easily the best Secret Wars miniseries I've read so far. The funny thing is I only picked it up because my library had the individual issues and I thought sure why not. This was really really good and I was griped by the events taking place. The focus was far from Secret Wars overall which makes this a great story on it's own. I can't get past how good this story was.

Spider-Man Renew Your Vows is the best comic volume I've read in a while.