In a short time, and with some help from the body swapped Doctor Octopus, Peter Parker became a Doctor and started his own now international company. 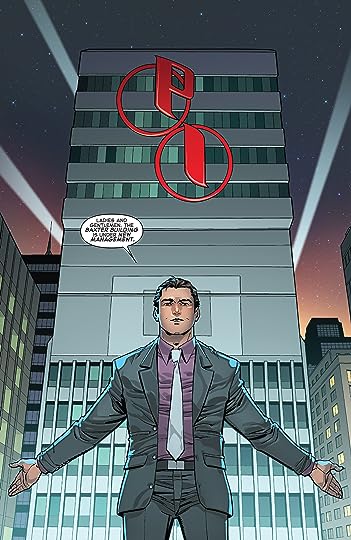 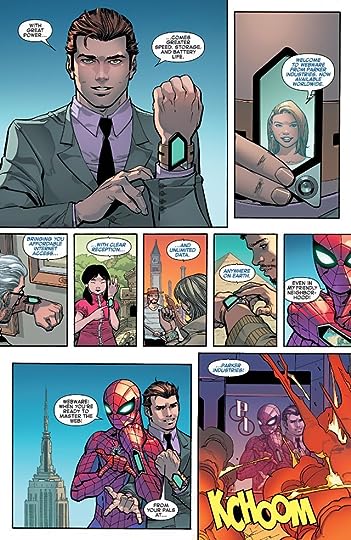 so much so that it has it's own enemies Zodiac. 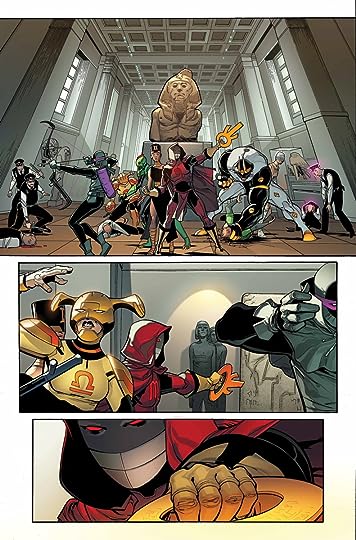 It's not clear what they're after, but what is clear is Parker Industries success has caused Spider-Man to go global. 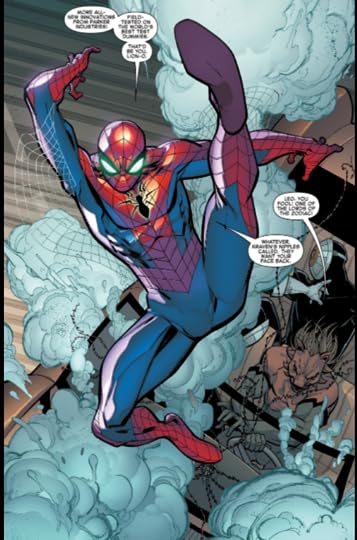 Worldwide Vol. 1 is somewhat odd for me because I hadn't kept up with Peter Parker's exploits. It's hard to believe that even with a headstart thanks to Dr. Octopus that Peter could be such a success. The man couldn't protect his neighborhood, see his Aunt May, have a job, and a girlfriend/wife successfully so it's hard to envision him being able to be a CEO of his own company or any company while being Spider-Man. Regardless Peter is doing his best impression of early Iron Man. He's his own super hero body guard and even has a black friend/employee the Prowler to dress up as Spidey when it's needed.

This vastly different Spider-Man and Peter Parker combo could become more interesting with some better adversaries. Zodiac isn't particularly concerning or interesting. They did wreak havoc, but in a bland fashion. I do appreciate that a bigger threat is being woven into the stories. It's ambiguous what the threat is exactly, but it's clear this new adversary has considerable abilities.

Worldwide Vol. 1 shows Peter Parker as a shining star on the world's stage, I just hope the villains get more interesting.