Doctor Strange, Vol. 1: The Way of the Weird

Doctor Strange, Vol. 1: The Way of the Weird by Jason Aaron
My rating: 3 of 5 stars

Magical creatures are fleeing their normal realms and appearing on Earth. 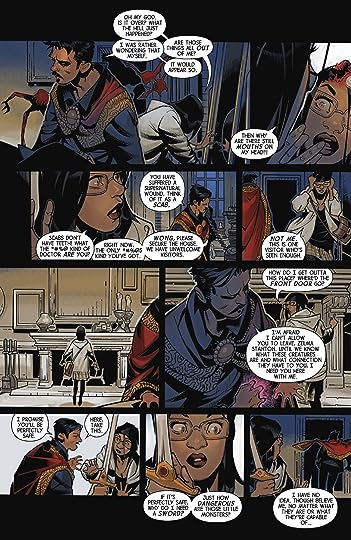 The cause isn't clear, but what is clear is all things magic are under attack.

The Way of the Weird shows what life is like as the Sorcerer Supreme and it sucks. For all the grief other heroes like Spider-Man go through this volume made it clear that Stephen Strange likely has the worst hero job. The others at least get acknowledged for their actions, but to the general public Dr. Strange gets little credit for his sacrifices. A few new aspects of magic were revealed in this issue and I'm not sure how I feel about them. Magical heroes aren't the titles I normally read, but this was pretty good.