Dream Story by Arthur Schnitzler
My rating: 4 of 5 stars

“Am I sure? Only as sure as I am that the reality of one night, let alone that of a whole lifetime, can ever be the whole truth.” 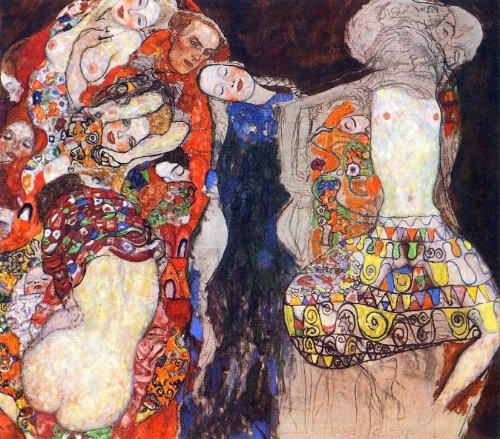 It all begins with a confession of sorts as his wife Albertine tells him of a fantasy she had involving a man that she saw on their vacation. Fridolin also confesses that he had desired a young woman on the beach.

It seems fairly harmless after all.

When we marry, we don’t go numb from the waist down and the neck up. We continue to notice attractive people and continue to be titillated by charming and intelligent ones, as well. It could be a ruggedly handsome waiter in a restaurant or a pretty pearl wearing bartender or a French beret wearing poet or a saucy librarian with libidinous thoughts. There are a host of emotions that are involved with noticing that our spouse is interested in some other person. If it is one sided, it can just be amusing or mildly annoying. If the interest is reciprocated, then it can unleash a torrent of reactions from fear to pride to jealousy to finding your spouse that much more alluring because someone else recognized those qualities that you may have started to take for granted.

Flirtations or mild crushes, in most cases, just adds a bit of spice to life.

For Fridolin, this confession of his wife, even though his confession is very similar, unmoors him. It is as if the possibilities of his life are suddenly opening up to him, and women whom he met every day suddenly take on the glow of possibility. Soon after the dream confessions, Fridolin, who is a doctor,, is called out to a client in dire health. Unfortunately, his trip is for naught as the man has passed when he arrives.

Thus begins one of the strangest evenings, an odyssey really, of Fridolin’s life. By the end of the night, he has met a series of women, all women who are interested in sleeping with him and all whom he would like to sleep with. In thinking about which he would prefer, he canot decide. ”To the little Pierrette? Or to the little trollop in the Buchfeldgasse? Or to Marianne, the daughter of the dead Court Counsellor?” It does not matter for they are all about to be replaced by a woman he is on the verge of meeting in precarious circumstances.

”Fridolin was intoxicated, and not merely by her presence, her fragrant body and burning red lips, nor by the atmosphere of the room and the aura of lascivious secrets that surrounded him; he was at once thirsty and delirious, made so by all the adventures of the night, none of which had led to anything, by his own audacity, and by the sea-change he felt within himself. He stretched out and touched the veil covering her head, as though intended to remove it.”

He has fallen into a secret sex club with the help of his piano playing friend Nachtigall. He isn’t supposed to be there. He was never supposed to meet this woman with the burning red lips. He is supposed to be home with his wife and daughter.

Though it is an evening fraught with sexual possibilities, he is like a man walking through a museum admiring the intriguing paintings, but touching none of them.

His wife has more dreams to confess. 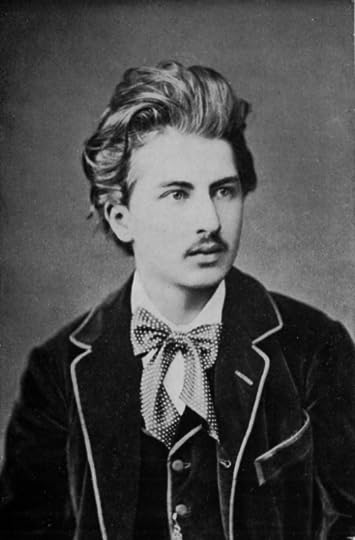 Look at all that hair the young Arthur Schnitzler had.

Arthur Schnitzler’s work was considered filth by Adolf Hitler. Anything that upsets that goose stepping, stiff necked, little pipsqueak should be read by the rest of the civilized world with reverence. Schnitzler was born in 1862 and died in Vienna in 1931. If he had lived long enough, the Nazis would have most certainly beaten him and had him thrown in some damp hole for being the Viennese Henry Miller, a few decades before Miller knew he was Miller. If his writing was not enough of an incentive to bring him to the attention of the Third Reich, certainly his Jewish ethnicity would have condemned him just as quickly.

Schnitzler had numerous affairs, sometimes with several women at the same time. He kept a Journal for most of his life and dutifully recorded not only every assignation, but every orgasm. A bit OCD about the adventures of his willie, wouldn’t you say? The venerated Viennese doctor of psychology Sigmund Freud said in a letter to Schnitzler, "I have gained the impression that you have learned through intuition – although actually as a result of sensitive introspection – everything that I have had to unearth by laborious work on other persons." Was there a bit of Freudian jealousy in that observation? Does Freud need some time on his own couch? Fridolin may have thought about making conquests of women, but Schnitzler turned thought into deed. 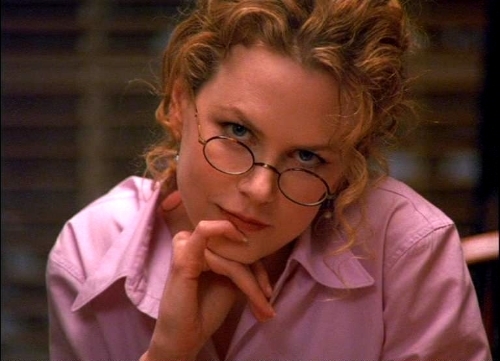 Nicole Kidman in Eyes Wide Shut. Is it just me or do those wire rimmed glasses make her look very naughty!

Stanley Kubrick directed a film based on this novel called Eyes Wide Shut, (1999) starring the then married Nicole Kidman and Tom Cruise. I know I watched the film, but I don’t remember a bloody thing about it. I must have been plastered or snogging or both when I watched it, so I must apologize for not being able to make at the very least some pithy remarks comparing the film to the book. I have a feeling the two may have very little to do with each other, but I’m sure out there in GR land, there are several people who can weigh in on whether the film conveyed Schnitzler’s thoughts or was just a jumping off place for Kubrick/Kidman/Cruise to explore their own ideas.

A quick read with some fascinating observations about relationships, the brain, and our natural/unnatural attractions to the people we come into contact with.

Posted by JEFFREYKEETEN at 9:18 AM