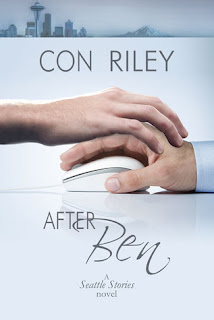 A year after the sudden death of his longtime partner, Ben, Theo Anderson is still grieving. The last thing he's looking for is a new lover. But as Theo soon discovers, sometimes life has other plans.

While Theo experiences a powerful physical attraction to fellow gym member Peter, it's his new online friend, Morgan, who provides the intellectual challenge to make him come alive. Morgan is witty, brave, and irreverent, and Theo is ready to take the plunge... until he discovers Morgan might be half his age.

Theo's late partner was significantly older-enough to strain Theo's relationship with his family-and the potential of another relationship being cut short leaves him gun shy. Theo needs to lay Ben's memory to rest, reconcile with his family, and rekindle neglected friendships if he's to start afresh with a new lover. But Theo isn't the only one with a past.

His biggest challenge, in living after Ben, might not be his to face.

A clinical study of grief.

A story about a man who lost his partner of 15 years to a massive heart attack should have turned me into a weeping mess. Instead, I found my concentration wavering while reading long passages about Theo’s pain, his online chats with a local stranger, and glimpses of his life with Ben, none of which really engaged my emotions.

I’m wondering if my failure to be moved was caused by the fact that I couldn’t really like, admire, or empathize with Theo enough. I was told many times about his grief, but it made as much impact as if a family member told me about the death of a distant relative I saw maybe five times during my childhood. I wanted to bond with Theo and feel his pain as if it were my own. At times, I found him more immature and unprofessional than the young interns he employed. I felt too much of the story was focused on secondary characters and side plots that never got resolved, as if the author was just preparing to launch a new series rather than seriously exploring the stages of Theo’s bereavement.

While I’m aware that age differences in a relationship can sometimes be a challenge, particularly in later years, I felt that Theo was too hung up on the numbers. Even though Ben was the older one in their relationship, this does not always mean that the older person will die first. Ben was Italian, a spontaneous, live-for-the-moment kind of guy. He eschewed exercise, but enjoyed dancing. He enjoyed his red wine, cigars, and ate whatever he wanted. I couldn’t help but feel that his death was a punishment for the way he lived his life and a subtle warning about the dangers of drinking and smoking. I don’t like to be lectured to.

I’m glad that Theo reconnected with Ben’s family and his friends and found love again. I would have liked more pages devoted to his new relationship rather than just showing the physical aspect of it. The sex scenes were mechanical, repetitive, and far too long. I skimmed through much of these, anxious for more glimpses of Theo and Morgan’s relationship growing and developing.

It’s not a bad story, but I’d much rather revisit Barry Grooms in The Cool Part of His Pillow. His story had the heart this one was lacking.