The Cool Part of His Pillow 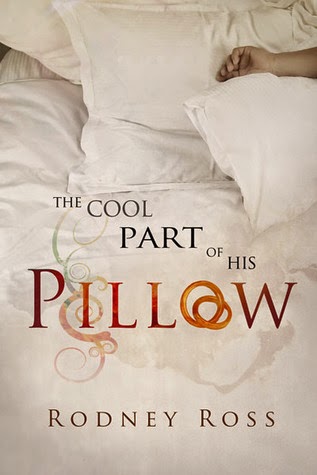 
The midforties are that time in a gay man’s life when his major paradigm shifts from sexy to sensible. But when Barry Grooms's partner of twenty years is killed on Barry's forty-fifth birthday, his world doesn’t so much evolve as it does explode.

After navigating through the surreal conveyor belt of friends and family, he can't eat another casserole or swallow much more advice, and so, still numb, he escapes to Key West, then New York. He embraces a new mantra: Why the hell not? He becomes so spontaneous he's ready to combust. First, he gets a thankless new job working for a crazy lady in a poncho, then has too many drinks with a narcissistic Broadway actor. Next, it's a nude exercise class that redefines flop sweat, and from there he’s on to a relationship with a man twenty years his junior, so youthfully oblivious he thinks Karen Carpenter is a lesbian woodworker.

Yet no matter how great the retreat from the man he used to be, life's gravity spins Barry back to the town where he grew up for one more ironic twist that teaches him how to say good-bye with grace.

This story is one painful year in the life of Barry Grooms. He is celebrating his 45th birthday with Andy Morgan, his partner of 23 years, and a group of their close friends. Both men are successful in their careers, live comfortable lives, and are still deeply in love. Barry’s life is shattered when he learns that Andy and their pugs, Gertie and Noel, are killed instantly when a crane and empty 10-story building collapsed on his parked car while they were inside. Barry’s not even sure why Andy was there in the first place.

Now Barry has to deal with the sudden emptiness in his life and while reading his first-person perspective, I suffered right along with him. It took me four days to get through Barry’s story, not because it failed to hold my interest, but because it was so painful to me. Barry was like the close friend I didn’t know how to comfort. Spending too much time with him was emotionally draining, and I felt completely helpless in the face of his grief. I was thankful for his colorful friends and his supportive mom who were there to ease his grief when it became too much for me.

Andy’s very public accident hasn’t managed to stay out of the paper, and Barry is not in the mood for Christmas, so he takes off to their house in Key West, Florida. More friends, more reminders of Andy, and Barry sells his home and his business, and is off to New York City.

I loved Barry’s reminiscing that showed some of the problems he and Andy had as well as their deep love for each other:

“If only I’d known. I would have been the first to apologize, not just then, but every time we battled. Early in our relationship, my suitcase had been packed by me and, a couple of times, for me, once being told, “Go home to mother!” I scurried for the front door, screaming, “At least I have one!” This made him cry. Over time, the luggage got nicer and the arguments remained petty, but we were careful they left no permanent nicks.”

“Andy and I carried a kindergarten school photo of the other in our wallets, behind our driver’s license, a reminder of who we were before we knew the other existed.”


It’s not all sad. There were wonderfully humorous moments too, like the one that nearly had me flying off the treadmill at the gym when Barry and his sister, Olivia, were working a summer job at Winky’s and Barry had to help her find her missing wart. Yes, you read that right.

Barry’s empty life fills up again as he starts dating and takes a management job at Theatrilicious, a shop specializing in rare and unusual theatre collectibles. He eventually meets a young man who makes him feel desirable, but this is not a romance story. Barry has work to do to move past his grief. There is more loss and heartbreak before Barry does find some healing and closure.

Though this story was sad and painful at times, it was also thoughtful and humorous. If my husband should suddenly die, I have a feeling I will be looking for Barry’s story to comfort me.