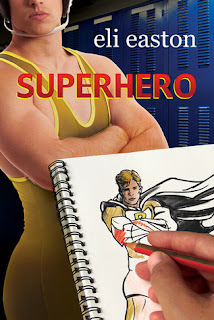 It’s not easy for a young gay artist like Jordan Carson to grow up in Jefferson, Wisconsin, where all anyone seems to care about in middle school and high school are the sports teams. But Jordan was lucky. He met Owen Nelson in the second grade, and they’ve been BFFs ever since. Owen is a big, beautiful blond and their school’s champion wrestler. No one messes with Owen, or with anyone close to him, and he bucks popular opinion by keeping Jordan as his wingman even after Jordan comes out at school.

Their friendship survives, but Jordan’s worst enemy may be himself: he can’t seem to help the fact that he is head-over-heels in love with a hopeless case—his straight friend, Owen. Owen won’t let anything take Jordan’s friendship away, but he never counted on Jordan running off to find a life of his own. Owen will have to face the nature of their relationship if he’s to win Jordan back.

I absolutely adored Jordan Carson and Owen Nelson, best friends since second grade. Jordan has only two dreams for his life. One is to become a comic book artist, and the other is to be Owen’s boyfriend.

Their story begins in the second grade and concludes in their sophomore year of college. Though told mostly from Jordan’s perspective, we also get Owen’s impressions, feelings, and observations of high school life, family, friends, sports, and their joint comic project, Pin Man and Pencil Boy.

Typical teenage issues and problems, like academic pressure, family conflicts, relationships, and bullying were gently explored without overwhelming the story and burdening the main characters.

I loved spending time with Jordan and Owen as they grew older and discovered things about themselves and each other. Even though I found them both a lot more mature and self-aware than I was at their age, their youth and innocence was very much apparent. Jordan and Owen were different in so many ways, yet so perfect together. I appreciated Owen’s smart and supportive girlfriend, Emily, so unlike the shrewish women commonly found in gay romances. I very much enjoyed the way fluid sexuality was handled, allowing the characters time for exploration, experimentation and acceptance without erasing or denying past experiences. My bisexual heart is bursting with joy!

This story is sweet, sensual, and oh so satisfying. I still can’t wipe the silly smile off my face.

Very highly recommended.
Posted by Nancy at 10:59 AM