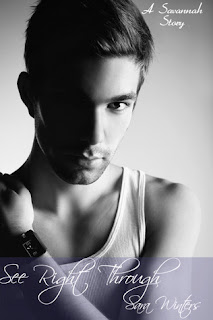 Devin Salvo has always remained three steps ahead: in chess, on the pitch, and in his love life. His every desire is within arm's reach, except the one person Devin has always wished would be his in the end. All it takes is one conversation to open his eyes to a new possibility, one moment to change what Devin believes about friendship and love and one person to change the rules of the game.

Sam Marshall has been fighting his feelings for his friend and roommate for two years. When an opportunity presents itself, he makes his move, only to be faced with the very real fear that what he sees in Devin, the potential waiting to be realized, may be more than their friendship can handle.


Michael, Sam and Devin are roommates and best friends. Dev wants Michael, but Michael is straight. Michael feels strongly that Dev and Sam would be good together, but Dev vehemently disagrees. Sam quietly likes Devin even though Dev treats him like shit. Dev doesn’t care for their attractive neighbor and rugby teammate, Lee, because even though he doesn’t want Sam and can’t have Michael, he doesn’t want Lee to either.

I knew that Sam would get his man in the end, and it was fun spending time with the guys while they’re playing rugby or chess, and during their long, soul-searching discussions while still managing to evade their feelings for each other.

As much as I enjoyed this story, I’m still not convinced Sam and Dev belong together and I don’t really have a desire to spend more time with these characters, except maybe Lee.
Posted by Nancy at 3:10 PM