Much less rapey than Casino Royale!

Live and Let Die by Ian Fleming
Reviewed by Jason Koivu
My rating: 3 of 5 stars 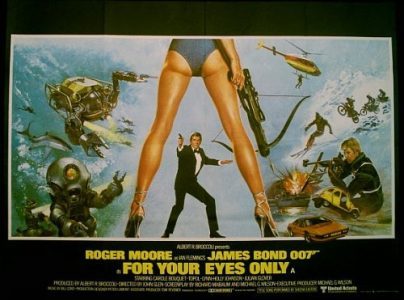 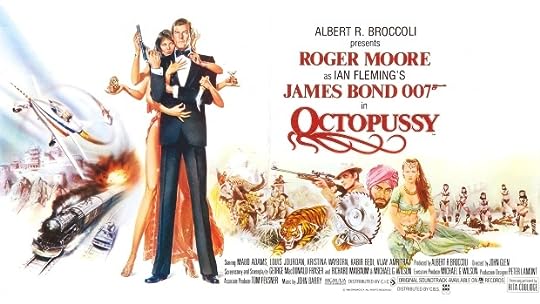 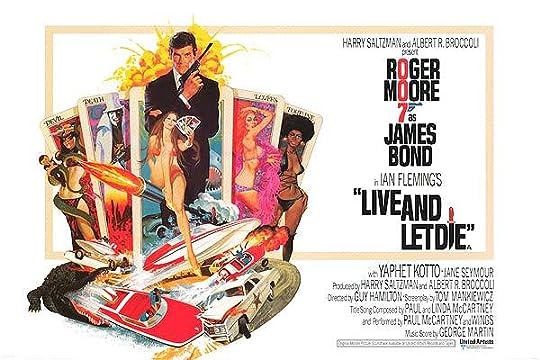 ...may have been the first James Bond movie I ever saw. Regardless, it stands as one of my first recollections of the thrilling spy and his over-the-top escapades.

I LOVED these movies as a kid. As an adult my fervor wore away, but remnants of that love never left me and eventually I became intrigued enough to check out the novels out of a curiosity to see how true the movies were to the books. Also, it just so happened that as a kid I spent some time down in Florida, where part of this novel takes place, thus upping the intrigue slightly.

In this, the second installment in the series, British spy James Bond is sent to America. After taking a beating from operatives of SMERSH, a Soviet counterintelligence agency of Fleming's making, Bond is set on a bit of revenge. Does that make him, a white Brit, the ideal spy to infiltrate the black organized crime scene? Perhaps not, but woohoo, let's go along for the ride anyhow!

There's plenty of action in Live and Let Die, but there's also a little social commentary and local color. Fleming did some research on this and that and he wants to show you what he learned. That's how this book reads at times. I like detail and setting a scene, just don't go Moby Dick on me. This is far too short to come near that, but it edges towards it at times.

The movie differs from the book in a few ways. It's been a while, but if I recall correctly the focus is on drugs over pirate treasure, and it's set at times in New Orleans, not Florida. The blaxploitation is still there though!

Ah, racism. It's hard to talk about this book without mentioning it. The constant use of the word negro alone is cringe-worthy. There are very few portrayals of positive, black community role models. Many are depicted as still being under the spell of Caribbean voodoo. 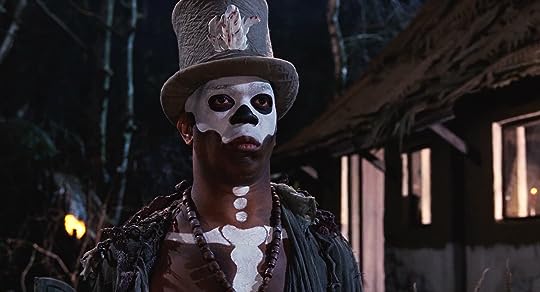 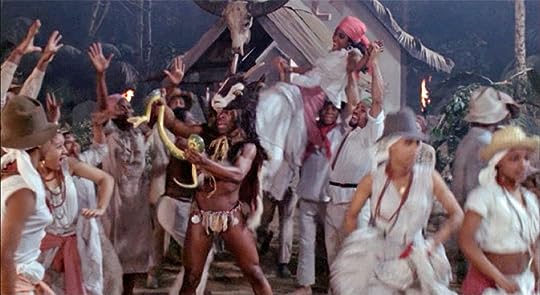 However, this is a spy thriller, not a political commentary. The "bad guy" and his henchmen are black, so they're going to be portrayed negatively. It seems some have mistaken the racial overtones within this book to be blatant racism. For instance, the chapter title "Nigger Heaven" is a reference to a pro-black and pro-Harlem renaissance novel of the same name. If you didn't know that, you would indeed form a low opinion of Fleming...unless you're a white supremacist. But I don't see hatred here by Fleming. Some of his characters may reflect prejudiced attitudes, but others do not. M, the pinnacle of intelligence herein, sees blacks as coming into their own and rediscovering their own attributes after throwing off the yoke of oppression. Anyhow, that's enough of that. I'm a middle aged white guy and so I'm apparently predisposed to turn a blind eye to racism against minorities. However, that's not me. I stand for equality right down the line. Anyway, back to the book...

When comparing the movies to the books, it's tough on the books (at least what I've read so far). The movies are designed to squeeze every bit of excitement they can out of the story. Here, the books are a little more leisurely when it comes to the action. Perhaps Fleming was remembering his own experiences working for and with intelligence agencies during the war. It was no doubt not half as exciting as it's portrayed in the movies.

In summary, this is not essential reading unless you're a diehard for spy books. If anything approaching un-sanitized racial discussion triggers you, I'd steer clear too. But hey, those who prefer their hero not rape anyone, take heart! Live and Let Die is much less rapey than Casino Royale!


View all my reviews
Posted by Jason Koivu at 8:00 AM