Alone: Britain, Churchill, and Dunkirk: Defeat into Victory by Michael Korda
My rating: 4 of 5 stars

”Side by side...the British and French people have advanced to rescue not Europe only but mankind from the foulest and most soul-destroying tyranny which has ever darkened and stained the pages of history. Behind them gather a group of shattered states and bludgeoned races, the Czechs, the Poles, the Norwegians, the Danes, the Dutch, the Belgians--upon all of whom the long night of barbarism will descend unbroken by even a star of hope, unless we conquer--as conquer we must--as conquer we shall.” 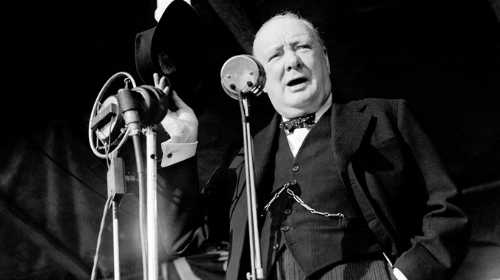 Winston Churchill addressing the nation, nay the world, he was trying to save.

If you ever feel the need to be inspired about humanity again, take the time to read or listen to the wartime speeches of Winston Churchill. He was not only a gifted writer, but a brilliant orator. He could move even his most ardent enemies to tears. I can’t imagine the world would be the place it is today if Churchill had not become Prime Minister of Great Britain at one of the most critical eras in the history of the World. There were many moments, especially during the early part of the war, when he took the fears of his whole nation on his back and molded that fear into an unshakeable resolve.

”We shall fight on beaches, we shall fight on the landing grounds, we shall fight in fields and in the streets, we shall fight in the hills. We shall never surrender and if, which I do not for the moment believe, this island or a large part of it were subjugated and starving, then our empire beyond the seas, armed and guarded by the British Fleet, will carry on the struggle until in God's good time the New World with all its power and might, steps forth to the rescue and liberation of the Old.”

Michael Korda was a young boy of privilege during WW2. The actress Merle Oberon was his aunt. The great director and producer Alexander Korda was his uncle. His father was an art director in the movies, and his mother was an actress. When the war started coming to the shores of England, the Kordas were in America making movies, like That Hamilton Woman (1941), as propaganda films to raise morale in England. There is no better way to bring a tear to the eye of an Englishman than to evoke the name of Horatio Nelson. The movie, which stars Vivien Leigh and Laurence Olivier, is actually really good, so do watch it if you get a chance. Korda’s mother always felt guilty that they did not suffer in London with the rest of their friends, as if avoiding the pain and danger was somehow shirking the duty of her heritage.

A few years ago, I read this diary of a German soldier, and he wrote about how the Germans had such a hard time catching up with the French because they were fleeing like rabbits in front of them, but they knew instantly when they hit the British line. They weren’t running. They were there to fight. The blitzkrieg was blowing through countries within days that should have taken months. The French had one of the largest standing armies in the world, and the Germans were going through it like tinfoil. ”It was not for lack of brave officers and soldiers that the French Army was collapsing; it was more because of the fatal strategic misjudgment, paralysis of will, helpless pessimism, and political intrigue at the top, combined with certain areas in which the French armed forces were poorly equipped for a modern war, especially an inadequate and obsolete air force.” There was the lure of Paris, a mere 30 miles in their rear where their beautiful girlfriends/wives, good food, and bottles of wine were waiting for them. Korda commented that the French soldiers also felt like they were doing all the dying for the British. This bothers me given the fact that these French soldiers were defending their own soil. If that was their attitude, I can see why morale was an issue. 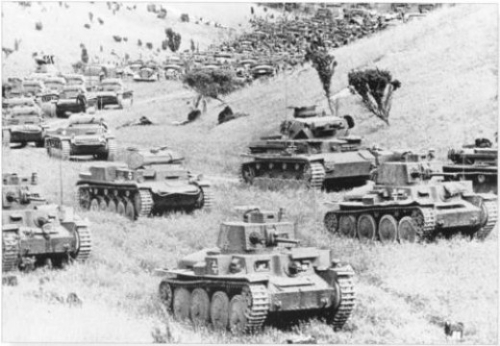 I can only imagine how terrifying it must have been to see a division of Panzer tanks coming down the hill towards me.

There were opportunities. The German tank blitzkrieg was running so far ahead of the German foot soldiers that some organization on the part of the French could have punched holes in the German line and cut the tanks off from their support and inflicted some defeats on an army that was starting to feel unbeatable. When I watch football and the defense is blitzing the quarterback, I always think about the opportunities that overcommitment from the defense has for a steely nerved quarterback who can hang in the pocket long enough to find those open receivers. The French needed that one guy who could provide the leadership to achieve victory out of defeat.

Meanwhile, the British Expeditionary Force (BEF) were doing all they could to slow the Germans long enough to find a way back to England. No one had expected the French army to be crushed so easily. As the BEF slowly compressed backwards onto the beaches of Dunkirk, the situation was dire; in fact, if the Germans managed to capture the British Army, the war would most certainly be over. The appeasers in the British government would gain the power to negotiate a peace settlement, which would have been dire for France, but would have most certainly gutted the British of their pride and joy...the navy. Hitler would have wanted that glittering array of ships.

Who would have stood in the way of Adolf Hitler?

The title of this book is apt…Alone; that is the situation that Britain found herself in, with the flower of her army trapped on a beach a mere thirty miles from the white cliffs of Dover. 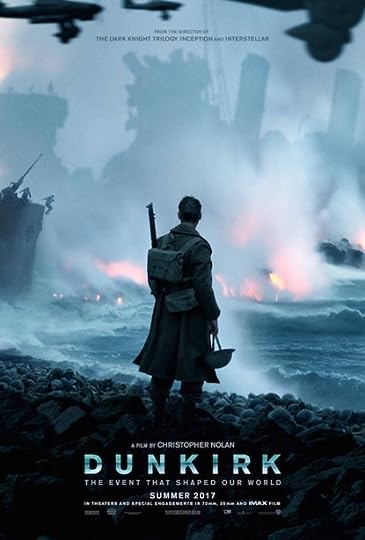 If you haven’t seen Dunkirk (2017) directed by Christopher Nolan, please do so. There are scenes in that movie that are going to haunt me for the rest of my life. It is simply brilliant. The quiet, the building tension, the desperation, and the moments of true heroics are just so splendidly balanced to leave the viewer completely emotionally wrung out by the ending credits.

I’ve always been emotional about Dunkirk because I feel it is quite possibly the grandest moment in world history. When the call is made to the British civilians to go get their boys off the beaches of Dunkirk, 850 crafts, a flotilla of shallow draft boats that could reach the beach, were launched.

I can only image what it must have looked like to see those tiny boats appearing on the horizon. They must have looked so fragile bobbing out on that big ocean. They helped save 198,000 British soldiers and 140,000 French soldiers. 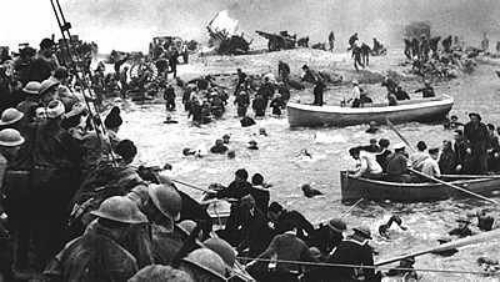 The Little Boats of Dunkirk.

Korda will take you through it all, step by step. You will experience Churchill’s battles in Parliament and the rearguard action of those who slowed the German advance to give the men on Dunkirk beach a chance. The book is loaded with photographs, sprinkled throughout the text the way I like them best. Korda will also show you the important, baffling moment when Adolf Hitler... blinks... that allows Britain the slenderest of hopes of fighting on. They had to hold on until the New World could once again come and save the Old World.

Posted by JEFFREYKEETEN at 10:08 AM