THE SONG OF ACHILLES BY MADELINE MILLER

The Song of Achilles by Madeline Miller
My rating: 5 of 5 stars

”He was a marvel, shaft after shaft flying from him, spears that he wrenched easily from broken bodies on the ground to toss at new targets. Again and again I saw his wrist twist, exposing its pale underside, those flute-like bones thrusting elegantly forward. My spear sagged forgotten to the ground as I watched. I could not even see the ugliness of the deaths anymore, the brains, the shattered bones that later I would wash from my skin and hair. All I saw was his beauty, his singing limbs, the quick flickering of his feet.” 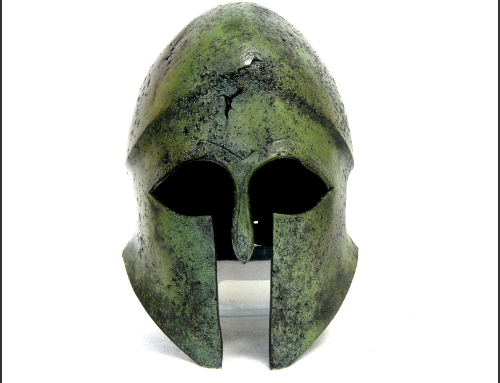 Madeline Miller studied Latin and Ancient Greek from Brown University and even more interestingly studied at the Yale School of Drama, specializing in adapting classical tales for a modern audience. I ignored this book when it first came out because I had read The Iliad twice and plan to read it many more times if the Gods grant me enough time to do so. A reimagining of Homer’s words? There is enough debate over translations of the original source documentation without adding in additional controversy over Miller’s interpretation of events.

After all, aren’t these books designed for a “modern audience” who will never even attempt to read Homer? I am not the target audience, as there is very little modern about me. I have ancient book dust permanently lodged in my lungs. I cough, and the air is redolent with the scent of decaying leather and the intoxicating smell of the slightly hallucinatory book fungi. Miller is doing good work, though, bringing Homer to life for a new generation. Her books are not for me.

When her book Galatea came out, I barely even flinched. A mild flickering of interest, but I was up to my eyeballs in books to read so I easily dissuaded myself from giving it much thought. Deciding to read Galatea would also mean that I would need to read Song of Achilles first because I do believe that books by serious authors build upon one another. I wasn’t taking Miller serious...yet. Part of my resistance came from the fact that I’m not a big fan of Achilles. He might have been ”The Greatest Warrior of his Generation,” but I didn’t find him very heroic. Now Hector, poor doomed Hector, to me he was the hero of The Iliad. I didn’t really want to read a book glorifying Achilles and how effortless it was for him to kill a hundred Trojans in one lazy, bloody afternoon. 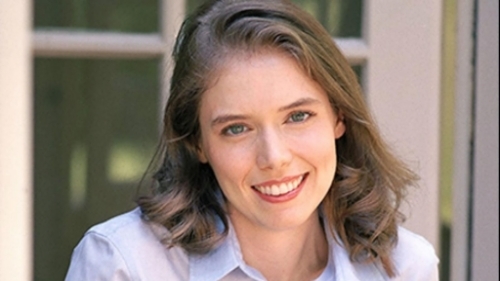 The lovely and talented Madeline Miller.

I fully expected Miller to fade back into the woodwork of academia, but then this year she published Circe. With one raised Nadalesque eyebrow, I thought to myself, now Circe is someone I don’t know nearly enough about. The five star reviews started raining down on me like thunderbolts from the fingers of Zeus. Cupid shot a quiver full of arrows at me, piercing me in numerous appendages until I looked like Saint Sebastian. If I could have gotten my hands on that pink tinted, chubby, precocious toddler, I’d have turned him over my knee and paddled him with his own bow. Really, I must confess that my new found love for Achilles, Patroclus, Briseis, Chiron, Odysseus, and even Madeline Miller herself could be the result of those love poison tipped arrows. Regardless, does it matter the reason why?

Even in an addled state, there is no way I would ever confuse great writing for poorly conceived writing. As I was reading through my notes and savoring favorite passages again, now that Cupid’s fog has cleared from my mind, I must say Miller is a wonderful, lyrical writer.

It all begins with a rape. The Greek Gods want to reward Peleus for being such a good subject and decide that he should be given a sea nymph named Thetis as his bride. ”It was considered their highest honor. After all, what mortal would not want to bed a goddess and sire a son from her? Divine blood purified our muddy race, bred heroes from dust and clay. And this goddess brought a greater promise still: the Fates had foretold that her son would far surpass his father. Peleus’ line would be assured. But, like all the gods’ gifts, there was an edge to it; the goddess herself was unwilling.”

The Gods whisper in his ear. Don’t even bother trying to woo her with kelp flowers, Aquaoir Ocean aged wine, or shrimp cocktail. The Greek Gods, being rampant assaulters of unsuspecting, pink cheeked, mortal maidens, have no compunction about advocating rape. Jump her on the beach, take her, and make her thine!

The Greek Islands are lousy with half Gods. You will meet many of them in the course of this story. Achilles is the greatest of them all. Greater than Hercules. His chosen companion is Patroclus, the disgraced and banished son of a king, an odd choice in many eyes as the closest friend of the greatest warrior. Patroclus is, after all, rather unremarkable at...well...everything. It doesn’t matter, though, because Achilles is good enough at everything for the both of them.

Thetis is rather annoyed at his choice. She doesn’t feel that Patroclus is good enough to spend so much time with her son. Her favorite greeting for Patroclus is: ”You will be dead soon enough.” With Patroclus being the narrator of this story, it is rather poor judgement on her part. Any quest I’ve been on I have always plied the narrator with honeyed wine and the most succulent figs in the hope that I would be rewarded in the prose and poetry of his/her telling of the tale. 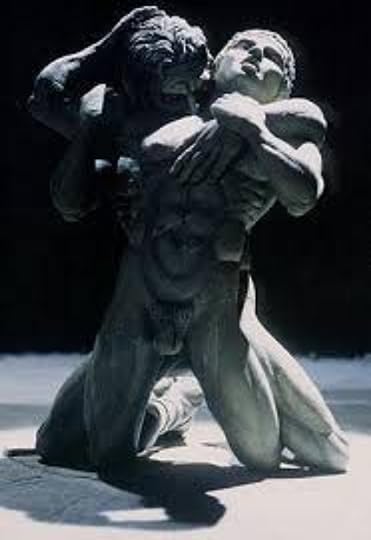 Homer skates around the closeness between Achilles and Patroclus, although much can be read between the lines. There is also the possibility that some homophobic Christian hundreds of years later made some deft corrections to the original, obscuring any overt reference to a homosexual relationship. Homer may have been blind, but his ears must have heard the rustling of the reed mats whether he was an “eye” witness to the Trojan War or an interpreter of events many years later. Madeline Miller wades into the sweaty bedsheet truth of the matter, and yes, the Greatest Warrior to ever live is light in his sandals.

Miller puts flesh on these ancient bones, Gods and mortals alike, and brings a freshness to one of our most venerated stories. Though I resisted, it turns out that Madeline Miller was writing these books for me. She has also given me a burning desire to read The Iliad again while her interpretation is still imprinted so deeply in my mind. I have a feeling my reading experience will be deepened and her observations will glow like phosphorus between the lines.

Posted by JEFFREYKEETEN at 3:35 PM