Hydra Captain America sent Quake's team into an ambush. They all died except Quake and now she's fighting back. 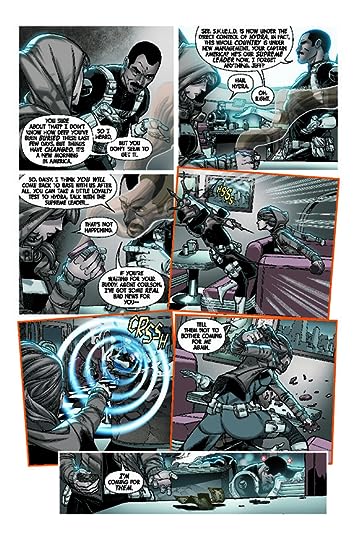 She knows she needs help and she seeks some Inhuman assistance. 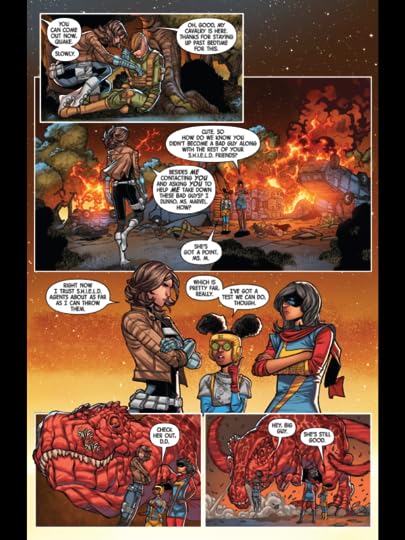 This Secret Warriors does not resemble the original Secret Warriors at all really. The only overlap is Quake is involved, but she's a vastly different character and the story is meant to be funny. The writer constantly pokes fun at the Inhuman's powers being copies of other Marvel characters. It's particularly poignant with Inferno who at one monent is referred to as "The Inhuman Torch." It's kind of funny though seeing as Inferno can't fly and his flames can seriously burn him as well. All in all I didn't find it funny, but I did smirk occasionally.

I'm not sure what the Secret Warriors can truly accomplish, but I'm willing to read on for now.