Big-Time Crime in a Small-Time Town 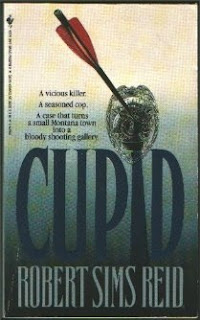 Once upon a time, a drug dealer named Sky King Hudson stabbed an undercover cop named Leo Banks in the small town of Rozette, Montana. Banks nearly died and was saved only by the intervention of Hudson's girlfriend, a sexy young woman named Marian Tawney. Fifteen years later, Banks, now a detective, is called to the scene of a homicide, only to discover that the victim is none other than his old assailant, Mr. Hudson, who has recently been released from prison. Marian is still on the scene as well, with a baby in tow. She clearly has something that she wants to say to Banks, but backs off at the last moment.

While Hudson's murder remains unresolved, the body of a young woman is found buried in a city park. For a town that only has a handful of homicides in a year, and most of those among acquaintances, two unsolved murders in the space of a couple of weeks constitutes a serious crime wave.

Banks and his fellow detectives finally develop a small lead in the second murder, but they have just begun to puruse it when a mysterious government operative arrives in town and tell them to back off for "national security" reasons.

Small chance of that. Leo Banks may be a small-town cop, but he's just as tough and stubborn as Harry Bosch or any other big-time detective. Banks is determined to discover the truth no matter the cost to himself or to the Feds. The result is a gripping tale that is going to end badly for a lot of people. Leo Banks can only hope that one of them won't be him.

This is another page-turning novel from a writer who never got the attention he deserved. Robert Sims Reid wrote only a handful of books, most of which are now very difficult to find but which are well worth the effort involved. This is a crime novel written by a long-time police officer who knows the job inside and out and who writes about it very eloquently. As this book makes clear, he also knows how to tell a story.
Posted by James L. Thane at 10:21 PM