What They Always Tell Us 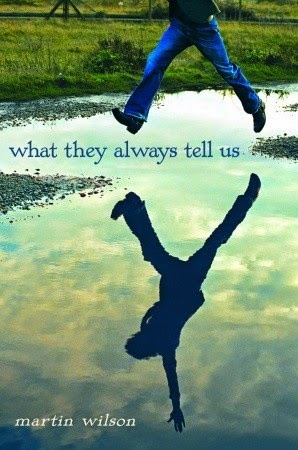 
James and Alex have barely anything in common anymore—least of all their experiences in high school, where James is a popular senior and Alex is suddenly an outcast. But at home, there is Henry, the precocious 10-year-old across the street, who eagerly befriends them both. And when Alex takes up running, there is James’s friend Nathen, who unites the brothers in moving and unexpected ways.


What They Always Tell Us is a very simple, quiet story told from the perspective of two brothers who live in Alabama. James is a high school senior. Even though he’s smart, has lots of friends, and is on the tennis team, the only thing he wants is to go to college and leave Alabama. Alex, a junior, is James’ younger brother. While he’s not as smart, athletic, or as popular as James, he has other qualities that James lacks – Alex is sensitive, caring, generous and compassionate.

Alex and James were once very close, until an incident at a party resulted in Alex’ hospitalization and the loss of his friends. Upset, embarrassed, and unable to understand, James withdraws from his brother, slowly severing the bond that once held them together.

Alex develops a love for running and tries out for the cross-country team. His life takes a turn for the better when his teammate and his brother’s friend, Nathen, turns out to be more than just a friend. I really liked how Alex’ sexuality is not the main focus of this novel. It is treated as a part of his life, just as his relationship with James, his friendships, and his running are.

Even though I disliked James in the beginning for his callous treatment of Alex, I really enjoyed how he changed and matured.

While this story is simply told, the characters are engaging, interesting, flawed, and very believable. I felt a deep connection with the characters, particularly Alex, and enjoyed spending time with them as they interact with family, friends, neighbors and cope with loneliness, identity issues, rejection, and acceptance.

What They Always Tell Us is a wonderful story. I wish it was around when I was a teenager.
Posted by Nancy at 9:05 AM