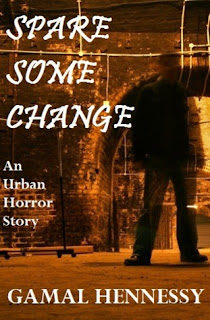 
Martin is young, arrogant and drunk when he decides to harass a homeless man on the train. But he doesn't realize the power that the old man wields in the tunnels. He can't escape from the wrath of the deranged torturers who want to punish him for the sins of everyone who has ever abused them. Will he be able to live through their brutality and see the outside world again?


I’ve had this book on my Kindle for ages and can’t remember if the author provided me with the copy, or if I snagged it when it was free.

Even though I now live in a small town and am relatively insulated from the problem of homelessness, I work in the city. Going back and forth to work every day, I see the haunted eyes of people begging for change, sleeping in doorways and park benches, and riding the buses and subway. This poses a dilemma for me, as I am constantly reminded of my relative wealth. Even if I spend nearly 4 hours a day commuting to work and have a significant amount of debt, at least I have 3 meals a day and a roof over my head. Do I walk on by, or do I carry a stack of singles that I can periodically hand out to those who appear the neediest. I have learned that not all beggars are homeless. There are those with disabilities, or those struggling at minimum wage jobs and dealing with huge medical expenses. I recently met a man begging on the corner right next to the Starbucks I frequent. He had a friendly greeting for everyone who passed by and talked about his recent layoff and various medical problems to those who stopped to listen. One day, I gave him a dollar. Another day, I gave him two. Another day, I gave him five and bought him a coffee. A few weeks later he was gone. Somehow, I don’t think he collected enough to have the knee surgery he needed or buy necessary medications. He could have been a fraud, but I don’t want to believe he was.

So ignore the sloppy editing and read this short and terrifying story about what happens to a very drunk, but privileged man who mistreats the wrong homeless person. It will be that much easier to dig deep into your pocket and show your generosity in time for the holidays. 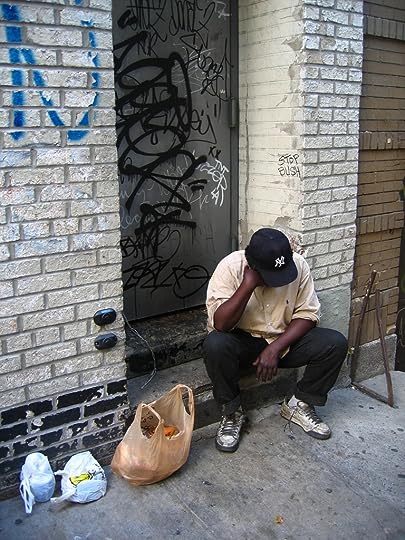