THE MONSTER OF FLORENCE BY DOUGLAS PRESTON

The Monster of Florence by Douglas Preston
My rating: 4 of 5 stars 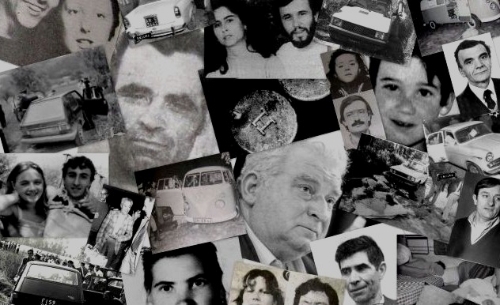 The number of victims involving the Monster of Florence are staggering, those murdered and those accused.

We are all potential killers. Each and every one of us is capable of killing someone, usually that would be while protecting ourselves or protecting someone we love. Then there are those who live in a world of revenge fantasy. They are sensitive to every slight. They keep lists in their heads of every negative thing that has ever happened to them. They are a bomb building inside, and given the right circumstances, the fuse could be lit. They might kill their family or friends or coworkers and feel justified in doing so. They know who they kill. It is very personal.

Then there are what I think of as the soulless people, not in a religious sense, but people lacking a fundamental empathy for others. They are missing something critical that allows them to value life. They are empty and angry. They kill indiscriminately. They walk into night clubs, movie theaters, malls, schools, or churches and kill whoever happens to be there. They might say they have a cause or a specific hate, but fundamentally what it really comes down to is they hate us all.

The Monster of Florence killed 14 people, 7 couples, over the course of a decade...and he got away with it.

Douglas Preston decides to move to Florence, Italy, to write his next thriller. He has fond memories of living in Florence as a teenager and wishes to recapture some of the excitement and wonder he felt in 1969. Of course, as we get older we realize that gossamer wrapped memories are nearly impossible to recreate. Moments of true magic are fleeting and fickle and belong to the age that created them. So maybe Preston didn’t think he could recapture the Florence of his youth, but he certainly didn’t have a clue that he might be imprisoned.

It isn’t his fault.

What was he supposed to do. 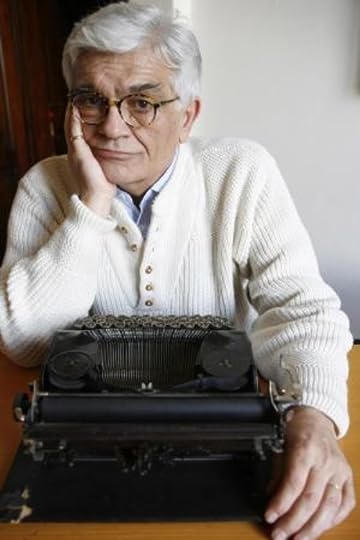 Mario Spezi the Florentine reporter who spent decades hunting a Monster, and kept the pressure on the police much to his detriment.

He meets a reporter by the name of Mario Spezi, and he tells him a story. It is an intriguing story of murder, mayhem, Sardinian gangsters, sex, and illusive facts. These are the very things to make a writer’s nostrils quiver like a bloodhound catching the scent of a quarry. To add some more spice, the very olive grove in the backyard of the villa that Preston is renting was the scene of one of the most horrific double murders in Italian history. Most people would be alarmed to discover that such a terrifying event had happened in the place they have chosen to live, but for Preston it seems like his muse has given him a gift.

A living, breathing serial killer trumps a sketchy idea for a thriller.

The police files are full of false leads, bungled investigations, wild speculations, lost clues, and political pressure. Men are arrested and convicted of being the Monster of Florence only to have the true Monster kill again. If this were a novel, the reader would not be able to believe the level of incompetence shown by the Florentine detectives.

There is a desperation to catch the killer, not only because he is murdering necking couples, but also because he is screwing with the sex lives of the entire city. It has been speculated that 1 in 3 people in Florence was conceived in the backseat of a car in the Florentine Hills. As the murder tally grows, more fear is produced. The result is a frustrated city full of people in need of sexual release. The burner needs to be turned down on the boiling pot.

And what about the poor peeping toms or Indians as they are called? Those men who, almost on a professional basis, go out every night to creep around The Hills looking for a good vantage point to watch couples making out. Those perverts are also in need of release, one hand working furiously, as they live, at least for a moment, vicariously through the steamed windows of someone else’s passion.

It begs the question, with so many of these men out there every night, it is almost inconceivable that none of them ever saw anything suspicious. Of course, it is hard to explain to the police why a man is out in the Florentine Hills…ALONE, but then is a man ever alone when he has some spit and a firm hand?

As Mario Spezi and Douglas Preston sift through the evidence and become critical of the investigations initiated by the police, detectives start to focus on them. This is frankly baffling. ”As an American, an author and journalist, I had always enjoyed a smug feeling of invulnerability. What could they possibly do to me?” When two burly cops come to pick him up for questioning, his invincibility starts to feel like a house built on sand.

He became trapped in his own thriller.

I can certainly understand why Douglas Preston became so enthralled with this monstrous tale. He and Spezi even offer up their own ideas about who the killer was, and certainly convinced me that, in the end, the Florentine police abandoned a line of inquiry too soon that would have yielded the identity of one of the most notorious serial killers in world history.

Florence will never be the same for Douglas Preston. 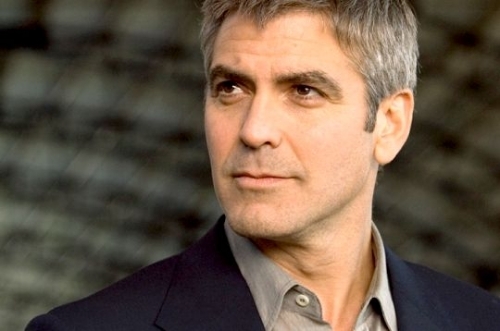 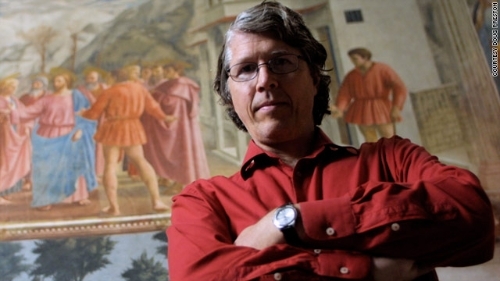 The movie starring George Clooney (playing Douglas Preston) is due for release in 2016. I’m not sure at this point how loose an interpretation the movie will be of the book, but if you’re Preston you have to be thrilled that people will associate your name with Clooney’s face. Yes, George Clooney played me in a movie.

Posted by JEFFREYKEETEN at 11:15 AM