The Yellow Wallpaper by Charlotte Perkins Gilman
My rating: 5 of 5 stars

”If a physician of high standing, and one’s own husband, assures friends and relatives that there is really nothing the matter with one but temporary nervous depression---a slight hysterical tendency---what is one to do?”

Well, one must quit being a silly goose and get better.

The baby is fine; thank goodness, the baby is fine. It is safe, safe in another room. Away from the horrid yellow wallpaper. This wallpaper is an artistic monstrosity, an assault on the senses. It is so yellow it reeks of...yellow.

”It is the strangest yellow, that wall-paper! It makes me think of all the yellow things I ever saw---not beautiful ones like buttercups, but old foul, bad yellow things.” 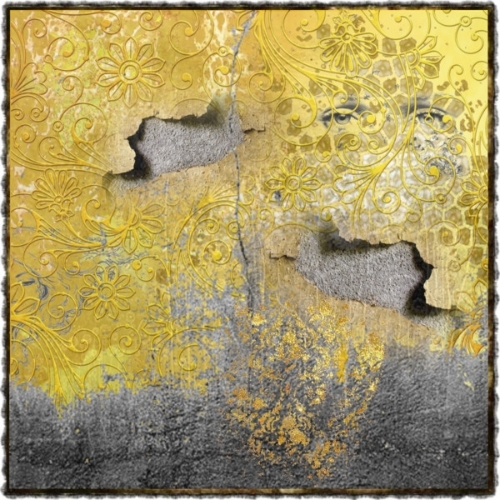 In such a room, too, a beautiful room with windows and light. John brought her here for a vacation away from the daily cares of their normal lives, to help her with her nervousness. She hasn’t been the same since the baby was born. She knows that, not that she was ever normal before, but something has shifted, an awareness of self that is tuned to a different frequency.

The wallpaper is hideous. It claws at her mind.

She should be happy, after all there is the baby. The girl is taking such good care of her baby. ”I cry at nothing, and cry most of the time. Of course I don’t when John is here, or anybody else, but when I am alone.”

It doesn’t happen if no one sees it or hears it.

In the middle of the night, lit by moonlight, the wallpaper moves. She touches it; she studies it. ”The faint figure behind seemed to shake the pattern, just as if she wanted to get out.”

She must write. They don’t want her to write, but those who write must write. It is not enough to write in the mind. The words must be taken from her mind to make room for more words. Words are precision, clarity, sanity.

John thinks it is best for her to rest in the room. The room has become the extent of her universe, and the wallpaper is more alive than she is. ”All those strangled heads and bulbous eyes and waddling fungus growths just shriek with derision!”

If she escapes the wallpaper, what then?

I kept thinking as I was reading this story that I hope Robert Louis Stevenson had the chance to read it, but probably not. This story was published in 1892. He bought a place in Samoa in 1890 and was cut off from most of the literary world until his death in 1894. It is certainly a story that would have appealed to his own obsession with the horrors of the mind. The building tension from a fairly typical domestic scene to the final horrors is so gothic and is still sending a cascade of shivers down my spine. Charlotte Perkins Gilman grew up under the tutelage of women who believed strongly in equality. Her father’s aunts, Isabella Beecher Hooker, a suffragist, Harriet Beecher Stowe, and Catharine Beecher, helped raise her after her father abandoned the family. Charlotte tried marriage. She even had a baby. Those attempts at being “normal” didn’t work out, but it did give us this wonderful autobiographical and, in my opinion, nearly perfect short story.

Charlotte grew up in an era where it was difficult for women to have any say in their fate. If they became too “hysterical,” they were locked up in an insane asylum. They were seen as delicate creatures, incapable of making rational decisions for themselves. I still believe that many women suffer from postpartum depression and still feel the need to hide their symptoms. After all, aren’t they supposed to be joyfully happy to be new mothers? There are too many women still trapped in the walls behind yellow wallpaper. 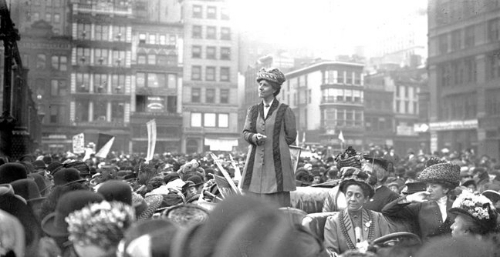 When Charlotte Perkins Gilman finds out she is dying of breast cancer in 1935, she takes control of her fate. In her suicide note she writes that she ”chose chloroform over cancer”. In the end, she escapes the yellow wallpaper on her own terms.

Posted by JEFFREYKEETEN at 8:20 AM