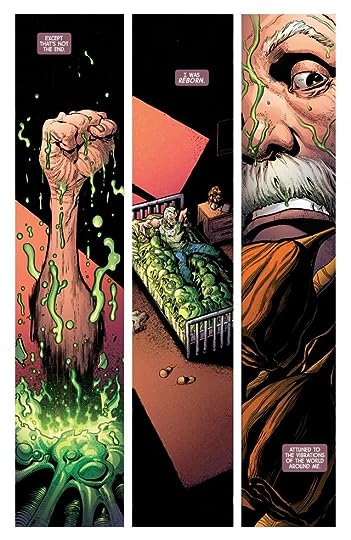 A new Inhuman has unleashed a biological attack on the planet that's so devastating that Cable returned to the past to help save everything. 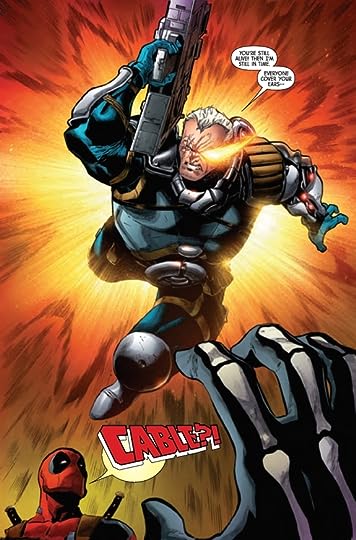 Meanwhile the Avengers Unity Squad is searching for the Red Skull to retrieve Professor X's brain.

Lost Future wasn't great. The combination for the team is an odd mashup of lost toys so to speak. The team has elderly Captain America from the Avengers, Rogue from the X-Men, and Johnny Storm from the Fantastic Four. It also features Quicksilver, Doctor Voodoo, Deadpool, Cable, and new Inhuman Synapse. It's hard to come up with a less interesting and more mismatched bunch. It almost feels like someone is trying to convince Steve Rogers to retire by giving him the dregs of heroes.

As many may know I've taken to the Inhumans movement and have read as many titles as I'm aware of/can get my hands on. Sometimes I enjoy actual new things in comics over new scenarios for characters twice my age. Anyway I enjoyed the initiative of adding Inhumans as new antagonists and protagonists in stories. Unfortunately the Inhuman adversary the Shredded Man wasn't all that interesting. Perhaps the build up was too quick, but I imagine it was mainly his need to eliminate people so plants could survive. That's not a message that I'm interested in hearing.

Uncanny Avengers proves that Marvel comics loves to use the title Uncanny even though there are many other options they haven't made use of yet. Lost Future was an OK volume that would be more appreciated by anyone who liked more than one of the Avengers Unity Squad members.