MAD ENCHANTMENT: CLAUDE MONET AND THE PAINTING OF THE WATER LILIES BY ROSS KING

Mad Enchantment: Claude Monet and the Painting of the Water Lilies by Ross King
My rating: 5 of 5 stars

”It is difficult to separate discussions of an artist’s ‘late work’ from romantic associations of blind seers offering up unutterable visions from beyond the threshold, or of old men raging against the dying of the light. But it is undeniable that as his eye filmed over and his vision slowly dimmed, Monet, ‘who caught and sang the sun in flight,’ focused ever more intently on the fleeting rays of light that he had always chased and cherished.” 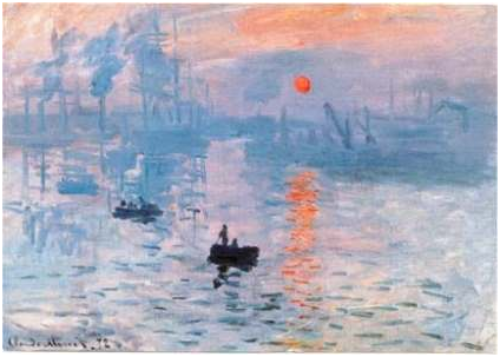 Claude Monet, along with the artists Pierre-Auguste Renoir, Alfred Sisley, and Frédéric Bazille, started a new movement of painting that eventually was known as Impressionism. The name was taken from Monet’s painting Impression, Sunrise and was meant as a derogatory term. Three other artists joined their band of independent artists: Camille Pissarro, Paul Cézanne, and Armand Guillaumin. They wanted to paint in the outdoors and take advantage of the spontaneity and vibrant colors of nature. They, in particular Monet, wanted to show paintings that went beyond just what the eye could readily see. Monet had very acute vision. ”’He sees differently from the rest of humanity,’speculating that he was acutely sensitive to colors at the ultra-violent end of the spectrum.”

Later in life, that spectacular vision of his was shrouded with cataracts. He had several painful surgeries that restored some of his vision, but his sight never fully recovered. Regardless, he continued to paint until the darkness that only death can bring snuffed the last light out of those remarkable eyes. Those eyes that could see and share so much that we cannot see.

I’m convinced he was a genius.

It wasn’t just his remarkable eyesight, but also the tantrums he threw when he couldn’t quite master on canvas what he saw in his eye. Every time he started a new painting, he attempted to make not a painting that was a perceived masterpiece to other people, but a masterpiece that captured the details exactly as he saw them. He would use up to twelve layers of paint in an attempt to recreate the perfect ripple or glimmer or splash of color. When displeased, he would slash canvases and kick holes in them with his feet. Geniuses throw the best fits just read about the epic outbursts of Mozart or Beethoven or Steve Jobs.

Monet was angry at himself, at his human limitations.

His best friend, the warrior French politician Georges Clemenceau, if he were around during one of these explosions, would brave the wrath of the painter and grab paintings out of the reach of the vengeful artist. At times, Monet did feel like he was at war with his canvases. I refer to Clemenceau as a warrior because he fought twenty-two duels and survived them all. He also took on the bureaucracy of the French government and managed to tame them and focus them long enough to win WW1 by the sheer force of his will. 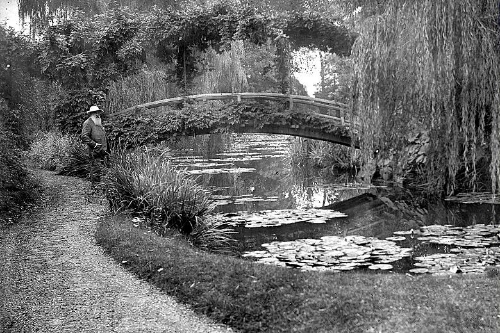 Monet in his garden.

Clemenceau and Monet were an odd match for friendship if one only looks at the surface details of who they are, but they were both accomplished in their fields. At times, they were the very best in their fields, and that level of achievement sometimes makes it difficult to find people one can consider an equal, a confidant who could truly understand the frustrations of being perfectionists.

Monet did for water lilies what Vincent Van Gogh did for sunflowers. His gardens in Giverny were a marvel, nestled into a town that was famous for its fairytale beauty. He built a house festooned with bright, bold colors. It was always hard to pry him away from his home, his studio. How wonderful that he found the place he most wanted to be, and it took a great temptation to get him even to go to Paris for an exhibition of his work. 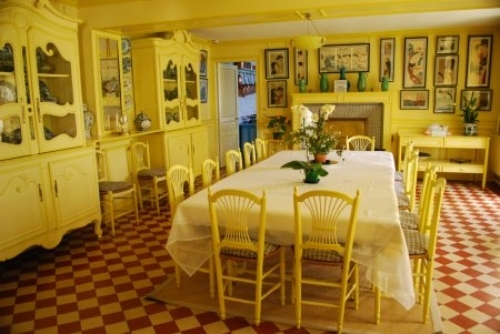 There are always strange nuances that I discover when I read a biography of any person. Monet may have never been the Monet who paints water lilies if his second wife Alice had not put her foot down about female models. It was either the models or her. Monet decided it was easier to work on landscapes and leave the nude models to his fellow artists. What some critics will say is that ghost feminine shapes in the leaves can be spied in most of his paintings. Are they seeing what they want to see or was Monet craftly adding the beauty of women in the swirls of his paint? Paintings can be interpreted in a number of ways, the same way stories can change meaning depending upon who reads them.

I’ve read several Ross King books and will read many more. He fills gaps in my knowledge and makes the subject of his book, Brunelleschi's Dome or Machiavelli or Michelangelo or Leonardo da Vinci, come alive, whether the subject be made of stone, paint, or flesh. Highly Recommended! 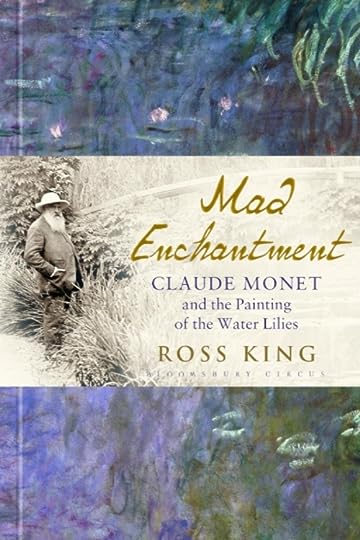 I elected to buy the British edition of this book because the book itself is a work of art. They printed one of Monet’s waterlily paintings on the canvas boards, and instead of a dust wrapper, they chose to put an elegant belly band around the book. The band allows more of the beautiful boards to show. It is nice to see a publisher putting the extra effort into improving the reading experience.

Posted by JEFFREYKEETEN at 4:32 PM