The Rise of ISIS

Black Flags: The Rise of ISIS by Joby Warrick
Reviewed by Jason Koivu
My rating: 4 of 5 stars

OH! ISIS! I thought they were saying Icees, as in... 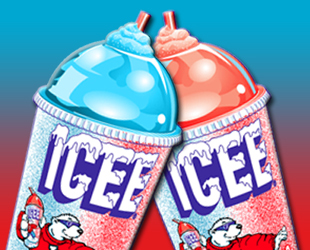 Well, now that I'm up to speed on radical Islamic terrorism, who wants to invite me over to their bbq, so I can be the life of the party? Cuz nothing says FUN like bringing up politics and religion at a social gathering! Just look how enjoyable Facebook is these days.

All silliness aside, Black Flags is a solid way to understand how ISIS came to be. A good number of pages are also spent on Al Qaeda and Bin Laden, but the real focus is Abu Musab al-Zarqawi, the thug turned religious zealot and leader of a violent fundamentalist movement.

Joby Warrick gives the reader plenty of details on Zarqawi's past and what made him who he eventually became. It's not an in-depth character study that a psychologist could publish a paper on, but I certainly know the man much better now than I ever have.

But do I know the real story? I mean, what's Warrick's bias? He's certainly not kind to the Bush administration's handling of terrorism for most of this book and seems to side more with the CIA. And what does Warrick know? He worked for the Washington Post and as far as journalists go he seems to be the one most well-connected to what happened after 9/11. However, even the most well-connected journalist generally isn't going to have intel on the government's secrets and what went on behind the scenes.

As an average-joe-know-nothing, us readers will just have to be satisfied with what we can glean from folks like Warrick. That's not a terrible problem, because this was an enjoyable read and I'm looking forward to moving on to Warrick's next book The Triple Agent: The al-Qaeda Mole who Infiltrated the CIA.