THE AUCTIONEER BY JOAN SAMSON

The Auctioneer by Joan Samson
My rating: 4 of 5 stars

”Just remember this,” he said in a deep voice that cut neatly through the confusion. “Whatever I’ve done, you’ve let me do.” 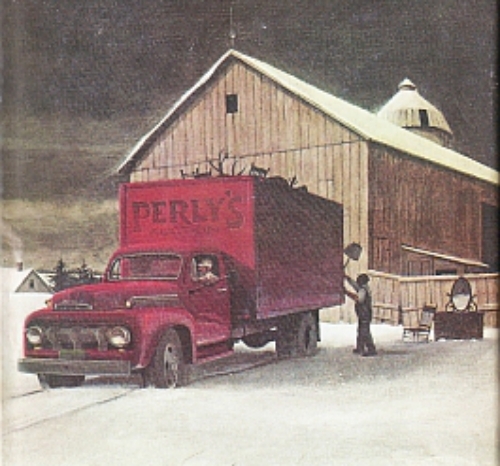 When Perly Dunsmore moves to Harlowe, New Hampshire, with his auctioneering company and starts espousing the natural beauty of the community, he is mostly regarded as a man a few slices short of a full loaf. Most of the people in Harlowe have been on the land for many generations, and for most of the year, they exist at a sustainable level. They are poor and don’t know it. They raise a lot of their own food and trade for what they don’t have. They are salt of the earth people, suspicious of strangers, and content with what they have.

When Perly decides to start having a regular auction every week, there are snorts of laughter and several shaking heads over this fool from out of town thinking he could make money in Harlowe. Perly decides that the first auctions should be held as a benefit to add a deputy to the police force.

They barely needed a sheriff. Well, there was that person hacked up not too long ago, but then that crime must have been committed by a stranger passing through town, right? Because no one around here would kill someone.

The sheriff comes around looking for donations, stuff that people aren’t using anyway. Everybody pitches in because no one wants to be seen as not helping the community, and everyone ends up with a check after the auction. Cash money is as scarce as hen’s teeth. Then there is an auction to help the volunteer firemen. Perly puts advertisements in papers as far away as Boston for people to come to the auction.

Perly doesn’t seem to be as crazy as everyone thinks.

John and Mim Moore have a four year old daughter named Hildie. John’s mother lives with them. Several generations of Moore’s are buried up on the hill, resting under poison oak and the dust of many seasons. They clean out the barn of all the stuff they aren’t using anyway for the auctions and then the attic. Every week the Sheriff, sometimes accompanied by the honey worded Perly, stops by to see if there is more to be contributed.

The weekly contribution is becoming something more than voluntary.

”’Does it mean so much to you? I know the pleasures of a dressing table to a good-looking woman. But there are other things--better schools for Hildie, year-round church, more ready cash, more comforts…I know what I want.’

Mim could not move without flailing out at the man and making him back off, and she trembled from the effort of suppressing her need to do so.

‘Comfort,’ he said almost fiercely.’You’ve never known much comfort, have you Mim?’

Mim raised her eyes to Perly’s, blue and defiant.

Perly dropped his gaze to Mim’s hands, pressed flat and angry against the wall behind her. Slowly, he raised his eyes to Mim’s again, his face curling into lines of pleasure, perhaps of triumph.’You and I will have to get together someday, Mim,’ he said. ’I admire a woman with grit.’ Then, with his own glittering stillness, he held Mim motionless against the wall while the clock in the kitchen chimed over and over again. When she dropped her eyes, he moved quietly away.”

I wanted to share this scene because it conveys the simmering, menacing uneasiness that permeates the whole novel. Perly keeps adding more and more deputies who are really just there to keep the contributions coming for the auctions. People give and give and give until all they have left is the land, and Perly has plans for that as well.

There are so many points in the novel where I wanted the Moore’s to make a stand. To push back, but when others in the community push back, unfortunate misadventures happen to them. Everyone has families, and having families makes it natural for strong men to be afraid. It almost seems implausible, the level of control that Perly achieves over this community, but it is so gradual that, by the time people realize how bad it is, it is almost too late.

I kept thinking to myself, where is my line in the sand? Where do I make my stand and say... no more? How do I do that and keep my family safe? 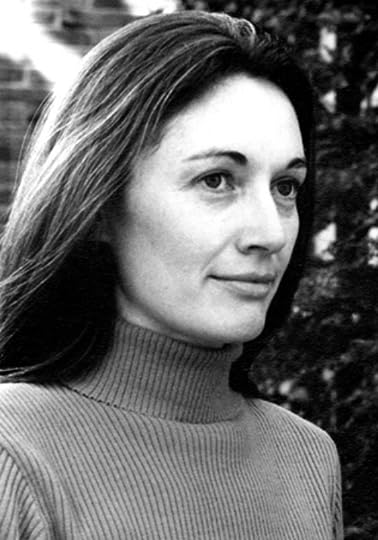 There is very little to share about Joan Samson, unfortunately. She passed away shortly after the publication of The Auctioneer from cancer. She was 39 years old and was working on a second novel. If she had lived, there was a good chance that she would have surpassed the work of Shirley Jackson or at least be mentioned in the same sentence as the famous gothic horror writer. This book has fallen into obscurity, but like other novels I’ve reviewed on Goodreads, a perfect example being Mortal Leap by MacDonald Harris, I’m simply not going to let this book stay a lost novel. It is a wonderful example of gothic horror with superb writing that will make you feel the mounting terror as options for these good people shrink to the size of a mustard seed.

Posted by JEFFREYKEETEN at 4:30 PM