Ultimate End by Brian Michael Bendis
My rating: 3 of 5 stars

The heroes from the main Marvel Universe (Earth 616) and the Ultimate Universe have been placed into one battleworld and have to coexist with their counterparts. 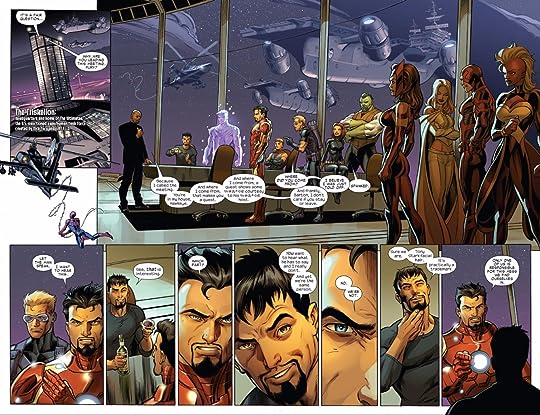 It isn't going well and it looks like it will get worse.

Ultimate End started well, but at the end it felt as though the author lost interest. Seeing the two major Marvel Universes having to ineffectively share the same space was interesting especially as many of the Ultimate Universes heroes are unstable. One big complaint I had was they showed Miles Morales Mom as a white red head...she's a Latino. I mean do these two women 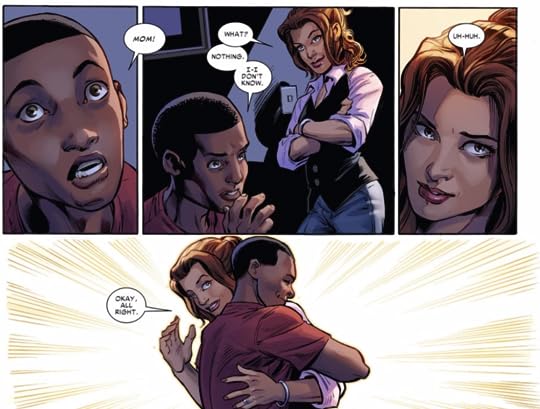 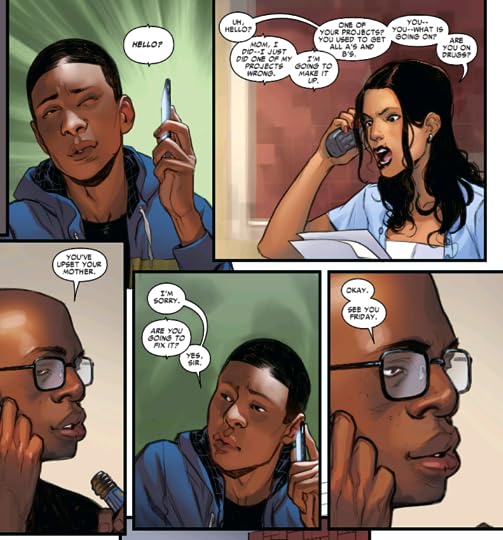 even resemble one another?