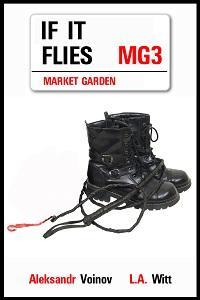 Aleksandr Voinov and L.A. Witt
Self-Published
Reviewed by Nancy
5 out of 5 stars


If it flies, drives, or fornicates, it’s cheaper to rent it.

Nick isn’t just any rentboy, though. He’s a Dom, he’s a sadist, and he’s everything Spencer didn’t know he was missing. One night turns into more, and before long, Spencer is one of Nick’s regular clients.

Both men think they’re just scratching each other’s backs: Spencer’s exploring a submissive, masochistic side he never knew he had, and Nick is getting off and getting paid. But as time goes on, it’s clear their strictly professional arrangement . . . isn’t, and if Nick has one hard limit, it’s that he doesn’t get romantically entangled with his johns. The problem is, while Nick doesn't want to be owned, Spencer’s no longer content with just renting.


“If the two of them could get through a scene like this without that word being spoken again, then maybe…maybe this ran deeper than sex and cash, deep enough to go all the way.”


As much as I love Tristan and Jared and wanted their story to continue, it was very easy for me to set them aside once I met and fell in love with Nick and Spencer.

Spencer is a busy, tired and stressed-out lawyer with no time for relationships. His co-worker, Percy, with a failed marriage behind him and confident in his belief that it’s always cheaper to rent than buy, introduces him to the Market Garden, where he meets Nick.

Nick’s cockiness, his leather pants, and his sexy strut are a complete turn-on to Spencer, even if their negotiation ends up being funny and a little awkward. Nick is an experienced Dom, which Spencer discovers early on is exactly what he needs.

Spencer is not sexually inexperienced, but what he explores with Nick is new for him. I loved the easy connection between client and prostitute after their initial awkwardness. Always the professional, Nick has a businesslike demeanor and the self-control that prevents him from ever getting involved with his clients. When Spencer becomes Nick’s regular client, their lovemaking takes on a new intensity as Spencer begins to accept his submissive/masochistic tendencies and his trust in Nick deepens. The BDSM scenes were riveting and passionate and took my breath away. It is quite obvious that deeper feelings are now involved, but Nick loses his fragile self-control and crosses a line, causing problems in their relationship. I loved how Nick and Spencer solved their difficulties and found Nick’s exploration of his own feelings and heart’s desire as intense and emotionally charged as their sex scenes.

I loved both characters and can’t wait to read their next story.
Posted by Nancy at 4:44 PM