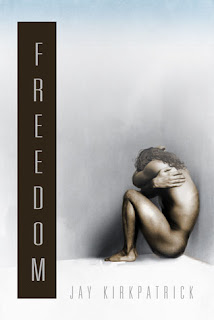 In a future Earth, Patrick Harvey, newly promoted Class One Empath, dreams of the independence his position brings and the apartment he’s saving for. His first solo assignment is treating John Doe 439, a man found outside the city, battered, traumatized, and apparently mute.

Despite a strong taboo against Empaths forging romantic relationships, Patrick realizes he feels a strong attraction to his patient. Soon he learns the man is a high-level Psychic Talent named Jac. Then Jac reveals that there are abusive people hunting him for his gifts, and Patrick’s uncomplicated world explodes.

Jac needs to meet up with his companions and flee the city before anyone else can find him—but it may be too late. Word of Jac’s talents has leaked to Central Government in Chicago. If Jac wants to retain his freedom, he needs to run—now. And if Patrick wants to explore a relationship his society tells him he can’t have, he’ll have to exchange the safe fetters of his job for the uncertainty of liberty.

While I’m not one to judge a book by its cover, it makes me very happy when the cover is directly relevant to the story and characters within and captures their essence so perfectly. Just one glance at the cover and I knew that life would not be easy for Patrick, Jac and other sensitive individuals possessing empathic abilities.

Patrick Harvey’s abilities were sufficient enough to land him a position in the Empath Center. Even though he misses his friends, he feels lucky to live a comfortable life and not have to endure the subsistence living conditions of the Outside, on the outskirts of New Las Vegas. His first and most challenging assignment is treating Jac, a man who has endured so much emotional pain and trauma that his mind is a chaotic jumble and he is unable to communicate. Patrick uses his empathy to gain his trust and learn the source of his suffering. It takes a bit of time, as Patrick learns that Jac deeply distrusts the white uniforms of the Empath Center staff. The more he discovers about Jac, his friends and family, his strong empathic abilities, and a life totally different from anything Patrick ever knew, the more he begins to question his own life and values.

The first part of the story, Confinement, was about Jac’s treatment at the Empath Center. There were glimpses into Patrick’s life, his friendships and his work. A vibrant cast of characters is introduced, and Jac’s talents are revealed. Though pain and desperation permeates the first half, making it intense reading, I was gripped right from the start and fell in love with Patrick and Jac. The second part, Escape, is told in multiple viewpoints, is fast-paced with much less emphasis on Jac’s and Patrick’s developing relationship and more on their relationship with their friends, their growth and change. Escape is not easy and Patrick and Jac really have their work cut out for them. Jac’s talent makes him attractive to his enemies, who just want to break him. Thanks to their supportive friends who have a desire to build a strong sense of community, there is hope for those with talents.

If you like thoughtful science fiction in a dystopian setting, well-drawn, strong and diverse characters, intense emotions and an engaging plot, then look no further.

This is the first novel by Jay Kirkpatrick and I certainly hope it won’t be the last.
Posted by Nancy at 3:29 PM