The Wildlands by Abby Geni
My rating: 5 of 5 stars

”But it was Tucker who worried Darlene the most. Something was happening to him--something she could not identify. He was speeding up, growing more intense by the day. Their great loss had created a mechanism inside his person--buried in his chest or the core of his brain--and it was always humming. She could practically see the vibration of the engine beneath his skin.” 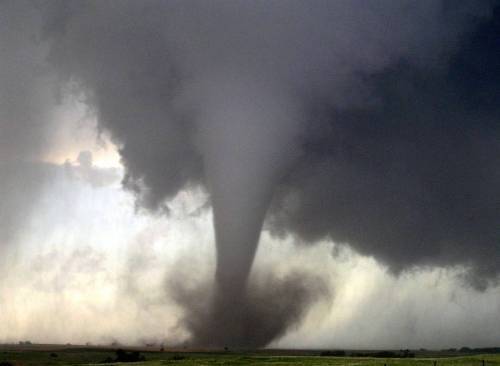 It all begins with a storm. The swirling finger of a vengeful god spins down out of the sky and destroys Mercy, Oklahoma. The McCloud family has already suffered loss with the death of their mother, but now they find themselves orphans and homeless. They are the unluckiest family in a county of unlucky people. ”I remembered Tucker telling me that luck was no lady; luck was a mean drunk who didn’t know when to stop punching.”

Tucker always sees things differently. After the storm, it is as if something tears loose in him that has been held together by slender tendrils of what we call normal. He was always high strung an emotional whirlwind who was cursed with feelings that ran too deeply. ”My Category Five Brother.”

Darlene is the oldest, and when this storm takes away the McCloud house and their father, it also blows away all of her dreams of what she has planned to become. She sells their story to every news organization that is willing to pay. This creates conflict with Tucker, who sees it as unseemly. All Darlene is trying to do is get enough money to buy a dilapidated trailer and keep the family together.

I grew up in a small town so I understand the inherent jealousies, the prideful assertions about what is right and wrong, the cliquishness of the church going crowd, and a misguided concept that they are the righteous and all those folks in the big cities are fools on a one way express train to Hell. Small town values, my ass. The town of Mercy might be split on whether Darlene is doing the right thing, but the ones that think it is shameful make sure to let her know how they feel.

Pride is a luxury most can’t afford to buy.

Darlene is stuck in the caldron, trying to keep her two sisters, Jane and Cora, fed and having some kind of normal life. Tucker takes off. The McCloud unit, already destabilized by the missing pieces, now has to adjust to yet another smaller orbit. It is as if a moon has disappeared from the sky.

If truth be known, Tucker wants to bring down the Age of Humans. He would have fit in fine with Edward Abbey’s The Monkey Wrench Gang. He tries to team up with like minded individuals who ultimately disappoint him. Their commitment to saving the Earth is more of a hobby than based on a firm set of convictions. Tucker is untethered from the law. I keep thinking of the American-abolitionist John Brown, who was considered bat shit crazy, but who, through his actions, raised the awareness of the plight of slaves in the South. He forced people in the North, who may have been indifferent, to have to reconsider the issue. James McBride in his National Book Award winning book The Good Lord Bird really brought John Brown alive for me.

Maybe we just have to have a Tucker McCloud or a John Brown come along occasionally who will shake us out of our indifference and have us start to wonder, why is this cause so important to these seemingly insane men? Are they insane or are they the only people seeing clearly? Just by forcing people to ask WHY, the needle moves from indifference to an openness to wanting to understand.

When I lived in Arizona, I knew some people who were members of Earth First! This was an environmental awareness group started by Dave Foreman, who was inspired by Abbey’s book The Monkey Wrench Gang to become more involved in the fight to save the environment. They were considered terrorists (before that word took on even more meaning) by the FBI. I guess, if inspiring terror in the greedy capitalist pricks who were clear cutting timber in Arizona is considered terrorism, then yes, they were. It was a doomed organization, just like most environmental efforts have proven to be. The government squashed them.

Tucker, unable to find the properly motivated partner, finally decides that he needs someone who can be taught his vision of the world. He convinces his nine year old sister Cora to come on his quest to save the world. He can say he needs help, but what he really needs is a witness. He needs someone to observe and understand exactly what he is trying to do. ”Studies showed that 80% of people on the lam traveled west.” Well, Tucker is no exception. They are going to create havoc from Oklahoma to California.

This was a solid four star book for me until Abby Geni let me spend some significant time with Tucker McCloud. You can disagree with the young man, but you can not deny that he is committed to what he believes. He sees the end of days, but in some ways, just the fact that he chooses to fight back shows that he still thinks the tide can turn in favor of the Earth. He isn’t spouting rhetoric in some classroom in a university. He is creating the smoke and walking through the center of it, limping and grinning.

I also really enjoyed Abby Geni’s book The Lightkeepers, which is set on a small island off the coast of San Francisco. She is a storyteller who is shining a light on the plight of nature. She isn’t even crazy like John Brown or insane like Tucker McCloud, but maybe there is a part of her that wishes she were.

My thanks to Counterpoint Press and Megan Fishmann who sent me a copy of this book in exchange for an honest review.

Posted by JEFFREYKEETEN at 8:24 AM