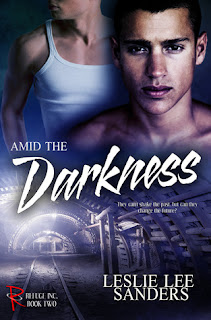 Weeks after an asteroid strikes Earth, hurling Elliot and Adam into a fight for their survival, the two take shelter in an underground compound known as Refuge Inc. Shaking their past seems impossible as it comes back to haunt them, weakening the foundation of their relationship. Elliot, hung up on guilt over his former actions, tries to right his wrongs which leads him face-to-face with the troubling secrets of the compound. Adam's run-in with the enigmatic prophet makes him question Refuge Inc. and the survivors' future.

Working together to uncover the mysteries of Refuge Inc. not only reveals much about the sunless world beyond the compound walls, but exposes the truth about the compound's occupants … including themselves.

If their haunting pasts continue to dominate, it will steer them directly into a miserable future and their companionship will forever suffer. Either way, they are forced to prepare for the ultimate fight for survival.  Can they fight together and make it out on top?

This is the second story in the Refuge, Inc. series and I liked it quite a bit better than the first. Adam and Elliot are now living in Refuge, Inc., an underground bunker designed to protect people from the devastation outside. Adam and Elliot provide their names, occupations, and hand over their meager possessions to a man in white. Pets are not allowed, however, so Titan is taken away to the canine nursery.

The doors are closed, and Adam, Elliot and hundreds of frightened and injured survivors are given medical care, assigned pods and given duties based on their previous occupations and experience. Elliot is in food service and preparation and Adam is in law enforcement. No one needed to know that in his previous life he was really a dancer who dressed as a cop.

Life at Refuge, Inc. sounds too good to be true, and it is. There are plenty of characters here with devious motives and bad intentions. There was the prophet, a strange guy who Adam saved from being stabbed. There was Patrice, the woman who tried to stab him. There was Tami and her friend, Anita, who were the first survivors that Adam and Elliot met. There was also Jena, Adam’s fiancée who abandoned him, and the mysterious Mason.

I enjoyed the heavy focus on the plot – the mystery, suspense, action. I liked the variety of interesting secondary characters and the growth and development of Adam and Elliot. Elliot is less needy, whiny and more understanding. He is willing to back off and let Adam make his own relationship decisions and instead becomes more focused on the events within the compound. Adam gradually becomes more open and learns to accept himself. Both men are more mature and responsible, and the love they feel for each other continues to grow.

Though I enjoyed this story overall and it ended well for our heroes (and Titan), I don’t feel a need to continue on with the series.
Posted by Nancy at 9:13 PM