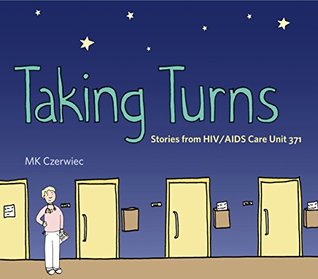 Though much progress has been made, many people around the world are still dying of AIDS because of fear, social stigma and ignorance, so I am glad for this novel’s existence. I was happy to find the e-book at my local library, as I can’t justify paying over $20 for a graphic novel.
Posted by Nancy at 10:59 AM