A Good Samaritan Detours from the Road to Nowhere 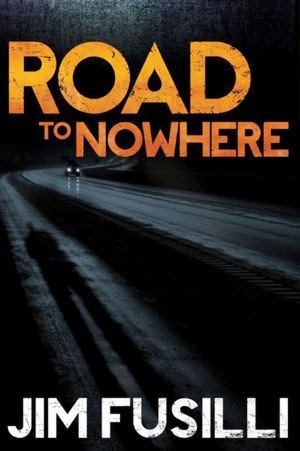 
A man who sometimes calls himself Sam is on the road after a tragedy that destroyed his family and alienated him from his only child. He moves across the country, never staying very long in one place, a rootless man who is tethered only to the cell phone on which he hopes in vain that he will one day hear the voice of his daughter.

Then one rainy evening, while riding the elevated train through the streets of Chicago, he chances to look out the window and sees a young woman being assaulted in a parking garage. Instinctively, he leaves the train at the next stop and races back to the scene where he finds the woman unconscious on the floor of the garage. The assailant has fled, leaving in his wake a clue that gives “Sam” a pretty good idea of where the guy is headed.

After calling 911, Sam takes off after the attacker. There’s no reason for him to be involved, and for a long time now, he has made a habit of remaining uninvolved with the world as a whole. But his moral underpinnings have been outraged by the brutal attack, and almost instinctively he determines to mete out some justice, if at all possible.

Following the lead, Sam surprises the assailant and gives the thug a taste of his own medicine, but in doing so, he unwittingly inserts himself into a mysterious and very dangerous drama that is playing out between the victim of the original attack and the powerful forces that are arrayed against her. And once he has done so, he makes a target of himself and others as well.

What follows is an engrossing tale that plays out in unexpected ways. “Sam” is a very intriguing protagonist, and Jim Fusilli has placed him in a well-written, clever and compelling story. This is the first book in a new series from the author of the excellent Closing Time, and readers will look forward to the next installment in Sam’s story, Billboard Man.
Posted by James L. Thane at 3:44 PM