A Thriller from the Creator of "Law and Order" 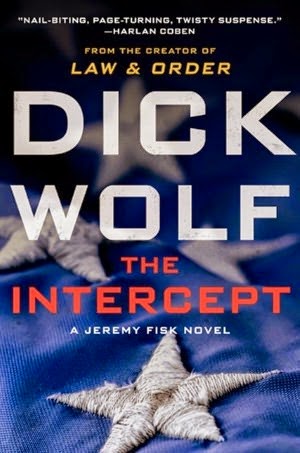 
This thriller is the first novel from Dick Wolf, the creator of the television series, Law and Order, and it introduces NYC police detective Jeremy Fisk. Fisk is a member of the department's Intelligence Division, New York City's mini-CIA, which is designed to combat terror threats to the most attractive target in the world.

The book opens with a flashback to an angry Osama Bin Laden trying to persuade his henchmen that in the wake of the 9/11 attack, they have to be smarter than your average stupid shoe bomber. Rather than repeating themselves, they have to take the infidel Americans by surprise and hit them at a point where they will least expect it and which will do the maximum amount of damage.

Some time later, a terrorist claiming to have a bomb attempts to break into the cockpit of a jetliner bound for NYC. It's a clever scheme that exploits a weakness in the airlines' cockpit security system, but the plot is foiled when several passengers attack and subdue the terrorist who, happily, turns out not to have a bomb after all.

The brave passengers become instant celebrities and everyone seems to be falling all over themselves, thankful that another terrorist plot has been foiled. But not Jeremy Fisk. To him, the whole incident of the ineffective hijacker seems a bit too easy and he speculates that it might just be a diversion from another attack that no one sees coming yet.

Fisk's concerns are made more anxious because the Fourth of July is approaching and along with it is coming the dedication of the new One World Trade Center at Ground Zero, which he realizes would make an excellent terrorist target. With his partner, Krina Gersten, Fisk mounts an around-the-clock effort to determine if, in fact, there's more to this episode than meets the eye. Of course, there will be.

This is a timely thriller and Wolf keeps the tension mounting and the reader turning the pages. The back cover suggests that this book is reminiscent of The Day of the Jackal, which is an all-time classic of this genre. The Intercept does not really rise to that level, but it is a very good read--perfect for a lazy summer's day at the beach.
Posted by James L. Thane at 9:57 AM