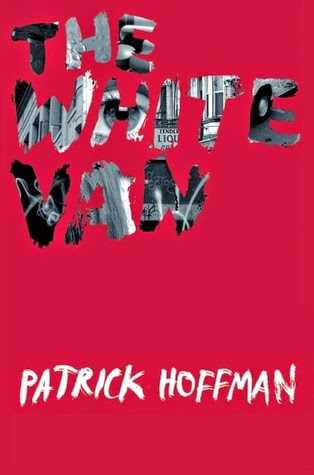 Emily Rosario is a lost soul who relies on booze and drugs to make it from one day to the next. One evening, she meets a Russian man in a seedy bar called the Kum Bak Club. After a few drinks, she accompanies him to a hotel for more booze and drugs, but once there, the Russian and his accomplices keep her drugged to the point of incoherence, paying her two hundred dollars a day for her help in what they insist will be an identity theft scheme.

Emily is so totally blitzed that she goes along for the ride, thinking of what she might do with her promised end of the money. Then one day she's loaded into a white van and sent into a bank, only to discover that she's been conned into what is really a bank robbery.

At that point, as it usually does in a noir novel like this, the excrement hits the proverbial fan and Emily finds herself on the run, trying to stay one step ahead of the Russians and the cops all of whom are searching for her desperately. In particular, a troubled cop who's deeply in debt named Leo Elias, sees a chance to grab the money from the bank for himself and solve all of his financial problems.

What results is a wild ride where anything can happen to anyone and everyone. Patrick Hoffman has created a number of interesting characters and placed them into motion against a very well-rendered depiction of San Francisco. There are any number of twists and turns that the reader will not see coming and in the end, it's a very satisfying book that fits brilliantly into the noir tradition.
Posted by James L. Thane at 11:45 AM