THE GOLDEN NOTEBOOK BY DORIS LESSING

The Golden Notebook by Doris Lessing
My rating: 4 of 5 stars

“I was filled with such a dangerous delicious intoxication that I could have walked straight off the steps into the air, climbing on the strength of my own drunkenness into the stars. And the intoxication, as I knew even then, was the recklessness of infinite possibility.” 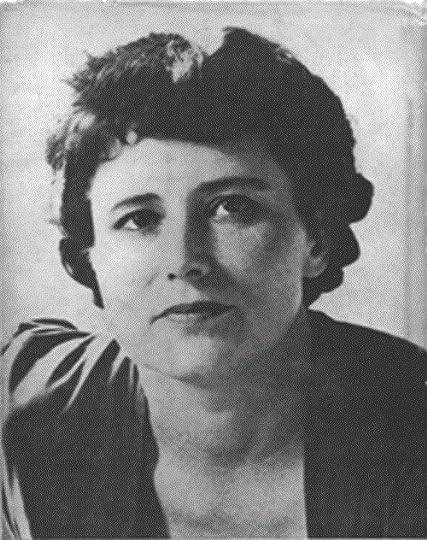 I would say that Miss Lessing was very fetching when she was younger, but I don’t want to be accused of objectifying her. :-)

Anna keeps four notebooks, each representing different versions of herself, all with the intent of discovering the truth about herself. The red, the yellow, the black, and the blue covers, if all goes well, will merge into one golden notebook. An evolution of understanding that will set her free.

If she can ever discover her true self, she can escape the traitorous self she has always been. It is proving nearly impossible. ”I read this over today, for the first time since I wrote it. It’s full of nostalgia, every word loaded with it, although at the time I wrote it I thought I was being ‘objective.’ Nostalgia for what? I don’t know. Because I’d rather die than have to live through any of that again. And the ‘Anna’ of that time is like an enemy, or like an old friend one has known too well and doesn’t want to see.”

The only way to escape our past is to understand it. We must be at peace with it, but the past seeps into the present and the future, despite our best efforts to control it. ”At that time in my life, for reasons I didn’t understand until later, I didn’t let myself be chosen by men who really wanted me.” She isn’t that person now, not that it has made her any happier. By believing this, it says a lot about how she felt about herself. Any man who found her attractive or interesting became less desirable to her. Now she does let men choose her, and that has led to a series of temporary, unfulfilling relationships with married men. Did she learn from her past or is this just another form of avoiding commitment?

Their marriages are of no interest to her nor is she interested in the prospect of a marriage for herself. How can she discover who she is if she has to live in the shadow of a man as Mrs. _______? Marriage allows him to define her, and that elusive free self she is looking for will be forever buried under the avalanche of lost time given to achieving his desires, satisfying his whims, and helping him be successful. ”I am always amazed, in myself and in other women, at the strength of our need to bolster men up. This is ironical, living as we do in a time of men’s criticising us for being ‘castrating’…. for the truth is, women have this deep instinctive need to build a man up as a man…. I suppose this is because real men become fewer and fewer, and we are frightened, trying to create men.”

As women are trying to find themselves, define themselves, men are losing themselves. Men used to have clearly delineated roles... hunt, kill, protect... that evolved into... sports/academics, careers, providing. They were the head of household, but now that is less likely as women are becoming more successful in the work force. Men are being diminished as the balance of power in a household has shifted to something more equal. This is not a bad thing, but it is creating necessary adjustments for men who used to have a simple defined goal as to how they would be considered successful. This role is evolving into a blending of responsibilities where much of what they do is not weighed and measured.

Of course, it feels like a step back as men are not needed to be men in the same way they were sixty years ago or a thousand and sixty years ago. Giving up this power has been a long time coming, but women who are dismissive of men who still hold on too tightly to old traditional roles must understand that it is scary to think of who we are without them.

”You’re such a perfectionist. You’re an absolutist. You measure everything against some kind of ideal that exists in your head, and if it doesn’t come up to your beautiful notions then you condemn it out of hand. Or you pretend to yourself that it’s beautiful even when it isn’t.”

I was flipping around the channels one day and landed on Oprah, not sure why because I never watch daytime talk shows, but there was a crowd of mostly women complaining about men. As I was listening to them speak, I realized that these women didn’t want more sympathy or more consideration from men, but actually wanted men to be more like them. They wanted men to have similar emotional responses to circumstances as women do. Narcissistic to say the least. Why would anyone want to hold up a mirror to their spouse and see themselves? I think it is important that we react somewhat differently to situations. My son leaving for college was very emotional for my wife who thought she was losing something. For me, his leaving was a matter of pride because I could see him as a man instead of a boy.

So when women talk about changing a man, are they truly talking about changing him into being more like themselves? Are they molding him to fulfill their vision of a progressive, successful future? If this is the case, I would say that the shifting power is having a detrimental effect and could be contributing to an increasing divorce rate. Couples, in my opinion, should be working towards common goals, but also in some cases towards separate goals as well. As women free themselves, they need to make sure they aren’t incarcerating their spouses (unless that turns him on) in the process.

”His green eyes were fixed, not seeing his mouth, like a spoon or a spade or a machine-gun, shot out, spewed out, hot aggressive language, words like bullets. ‘I’m not going to be destroyed by you. By anyone. I’m not going to be shut up, caged, tamed, told be quiet keep your place do as you’re told I’m not...I’m saying what I think, I don’t buy your world.’

It disappoints Anna that when she falls in love with the American, who has been kicked out of the communist party for being anti-Stalinist too soon (It never pays to be right first.), that she falls into a traditional role of wanting exclusivity and finding herself consumed by jealousy. Her whole life’s work has come undone. The golden notebook proves more elusive than the golden snitch. 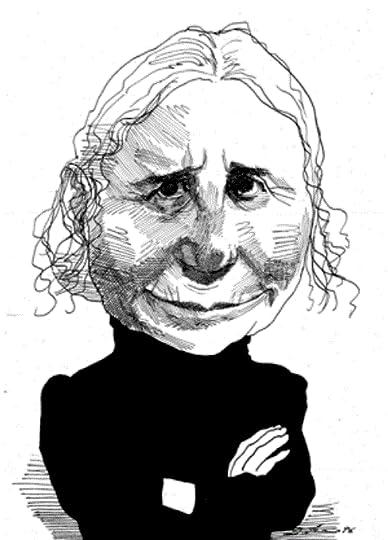 This book has carried a heavy load as one of the major pieces of feminist literature. Doris Lessing in 1962 was exploring concepts of what women should be striving for just as a growing number of women were starting to reject the idea that they had to fulfill the male version of what it means to be female. (They may have lost their way in the 1980s with the big shoulder pads. I was so glad when women quit dressing like offensive linemen. The last thing women should do is try to be more like men.) Though there were aspects that I disagreed with in this book, I thought overall it was fairly balanced. Lessing also points out some fallacies in thinking by women even as she celebrates Anna’s attempt to achieve true freedom. Although freedom can sometimes be a very lonely existence.

Understanding yourself so that you can express your true needs is important. Don’t expect others to intuitively know what you want. A revolution without a platform leads to blaming others instead of asking for change. People can make you unhappy or happy for a short time, but ultimately we all have to find ways to make ourselves happy. We have to understand and accept that we will never truly completely know ourselves. Don’t become so wrapped up in a personal philosophy that you forget to live.

Equality doesn’t scare me as long as women are raised up instead of men being brought down.

Posted by JEFFREYKEETEN at 2:19 PM