THE FREE STATE OF JONES BY VICTORIA E. BYNUM


”It was easy to see why the legend had endured. Its characters were larger than life: men bound to one another by kinship, economic status, and membership in a paramilitary band armed against the Confederacy; women equally bound by kinship and unfettered by the chains of ladylike behavior; and even some slaves, although Piney Woods, Mississippi was not a major slaveholding region. Towering above all other characters in popular memory were ‘Captain’ Newt Knight, the grandson of a slaveholder, and Rachel Knight, the slave of Newt’s grandfather. Their relationship added the specter of interracial intimacy to the story.” 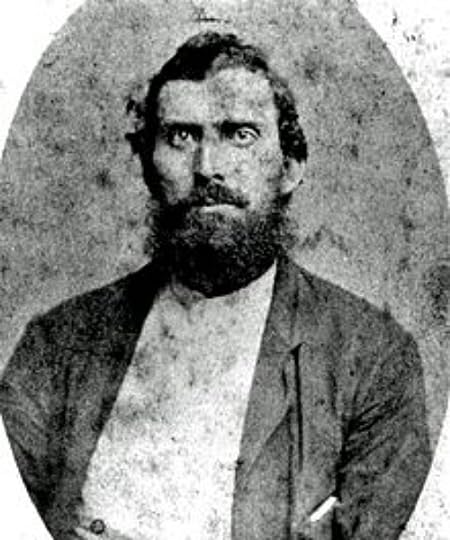 There is a misconception regarding the County of Jones in Mississippi. Some think this county seceded from the Confederacy, but the real truth is they never left the Union. They remained loyal to their federal government, and some men even left to join the Union army, but a group of men, some deserters from the Confederate Army and some slaves, banded together to form a resistance to what they considered to be an invading force.

Rachel was a slave, a pretty woman with light skin. Her descendents tried to convince people that she was of Spanish heritage as a way to excuse her dark eyes, dark hair, and tinted complexion. It is all rubbish, of course, just people putting their racism on display when what they should be is feeling proud that, despite her circumstances, she became a woman to be reckoned with. Ethel Knight wrote a damning biography of Newt but maybe unintentionally revealed the more interesting part of the story. ”Ethel not only restored Rachel’s historical role, but she also unveiled a powerful, larger-than-life woman who had endured slavery, sexual exploitation, the Civil War Reconstruction, and Mississippi’s mounting campaign for white supremacy and racial segregation. Most strikingly, Rachel seemed to have had as much impact on the world around her as it had on her.” 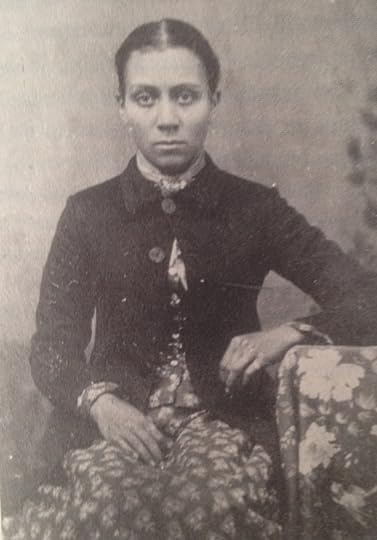 Rachel had three children before the Civil War; all the children were obviously from white fathers. As a slave, she didn’t have much choice who bent her over a table and flung her skirt up. The raping of female slaves was an epidemic in the South. ”Between 1890-1920 white Southern literature---especially newspapers---commonly portrayed interracial sexual relations as the product of sex-crazed black ‘fiends’ ravishing innocent, virginal blondes, rather than as the product of white men raping black women or of blacks and whites participating in consensual sexual relations.”

The interesting thing is, when these wealthy planters impregnated their slaves, they were condemning their own offspring to slavery. In their minds, they were helping to create more workers for their plantations. There is a disconnect in this reasoning that has me thinking that sex with their slaves, basically having a harem at their disposal, was more important to them than any thoughts of their own blood being condemned to a life in chains. 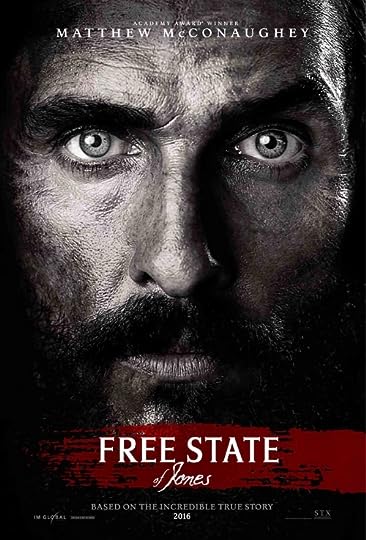 I’m sure Hollywood, in the new movie starring Matthew Mcconaughey, will make it a love story between Newt and Rachel. The author Victoria E. Bynum doesn’t necessary disabuse that notion, but I couldn’t help thinking, was this love or was Rachel just being practical? White men found her attractive. Maybe she was with the alpha dog to keep from having to fend off the attentions of the other men. She had children with Newt, but what makes me feel a bit unsettled about buying the love story is that he also rumored to have had children with her daughter. What the heck was going on out there in the deep Mississippi woods? To further complicate the picture, he remained married to his wife Serena for the rest of his life.

Men joined Newt out of fear for their lives. They didn’t want to die on a battlefield, fighting Yankees for rich planters. It wasn’t exactly safe being with Newt’s band; many were caught and hung or shot. They were also suffering economic hardship from being away from their homes to go to war. When the Confederacy passed the Twenty Negro Law which allowed any Southerner with twenty or more slaves to leave the war to go home to help with harvest, it became clear to many men that the Confederate Government was only worried about the very richest of the rich. Does the man with twenty slaves really need to go home? It seems to me that this small demographic had plenty of help to bring in the harvest. It was the man with no slaves, with a wife and a passel load of children, who needed to go home to help.

Of course, the bulk of the soldiers were poor men with either a small acreage or were sharecroppers without land. If you let those guys go home, there would be no army. I know many thought they were going to war to defend their “raights,” but in reality they were fighting to defend a system in which they had no skin in the game. 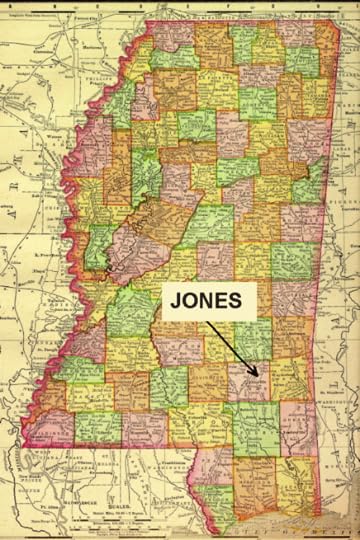 12.2% of the population of Jones County were slaves. This was the lowest percentage of any county in Mississippi. These were not men who aspired to be slave owners. Bynum traces back the history of these men as their ancestors came from Georgia and South Carolina to Mississippi to live simple lives and avoid the corruption of ”over civilisation.”

There was always something a little different about Jones County.

Victoria E. Bynum is descended from one of the men who joined Newt Knight in his armed resistance to the Confederacy. I’ve done some research on my own family, and one of the things that happens is that as you collect the data and begin to put together a picture of who your ancestors are, you start to change how you think about yourself. Discovering your roots is important, but there is always the risk that you will discover that you are descended from scalawags or unscrupulous men or a murderer. To me that just adds spice to the stew that is a family tree. Bynum confessed that, once she finished this book, she was going to miss living every day with these people who were so unique, so brave, and who resisted when many more should have.

Posted by JEFFREYKEETEN at 1:43 PM