The Immigration Solution: A Better Plan Than Today's 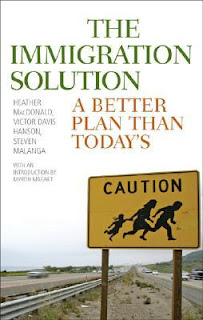 
Undoubtedly the United States needs a liberal and welcoming immigration policy, geared to the needs and interests of the nation. In this urgent new book, three astute observers argue that we have lost control of our southern border, so that the vast majority of our immigrants are now illegal Mexicans. Poor, uneducated, and unskilled, these newcomers add much less to the national wealth than they cost the taxpayers for their health care, the education of their children, and (too often) their incarceration. The Immigration Solution proposes a policy that admits skilled and educated people on the basis of what they can do for the country, not what the country can do for them.

“A nation that cannot control its borders is not a nation.”
― Ronald Reagan


This collection of essays by Heather Mac Donald, Victor Davis Hanson, and Steven Malanga explores the economic and social consequences of illegal immigration and proposes sensible solutions for controlling and securing our borders.

While these essays were very readable and thought-provoking, I couldn’t help but notice what was missing. When I’m reading books like this, I like to know what works the authors have cited so I can do my own fact checking. Some of those works were mentioned throughout the text, but it would be so much easier for this information to be presented in one place.

On the plus side, this is a short book that covers a wide variety of issues in just enough detail to make this reader want to explore further.

I am liberal on a lot of issues, but my views on immigration tend to lean towards the right. I advocate the world’s nations have a right to maintain sovereignty and a strong cultural identity. I dislike the idea of open borders, so many of the ideas presented by the authors make sense to me. I also dislike the idea of building walls and increasing military presence at borders, because these solutions can be prohibitively expensive and I question their effectiveness in stemming the flow of humanity.

As an American of Puerto Rican descent, I took offense to Heather Mac Donald’s essay on Hispanic family values. While some of the facts presented may have been accurate, her use of anecdotal evidence and hostile tone left a bad taste in my mouth.


“The fathers of these illegitimate children are often problematic in even more troubling ways. Social workers report that the impregnators of young Hispanic women are with some regularity their uncles, not necessarily seen as a bad thing by the mother’s family. Alternatively, the father may be the boyfriend of the girl’s mother, who then continues to stay with the grandmother. Older men seek out young girls in the belief that a virgin cannot get pregnant during her first intercourse, and to avoid sexually transmitted diseases.”


I know there are problems and challenges faced by Hispanic communities. I believe many of them can be addressed by learning the language of the host nation and assimilating into its culture. We are not doing immigrants a favor by offering bilingual education. It obviously hasn’t solved the high Hispanic dropout rate.

In her essay, “Mexico’s Undiplomatic Diplomats”, Mac Donald explores how Mexico provokes illegal immigration by its own corruption and interference in US internal affairs, especially pertaining to immigrants. (Why does the US need 47 Mexican consulates?) It can be read here.

The final essay by Steven Malanga offers a common-sense approach to immigration that serves US national interests.

- Preferences given to immigrants based on work skills and education. Countries such as Australia, Ireland and Canada have different methods of handling this. Stop admitting unskilled workers who provide little benefit for the economy.
- Restrict social welfare programs that attract immigration from poor countries and eliminate government benefits to those in the US illegally.
- Ensure businesses verify workers’ legal status before employing them.
- Fully enforce immigration laws that are already in the book.
- Increase efforts to secure borders.

If you stop feeding them, they will go away. 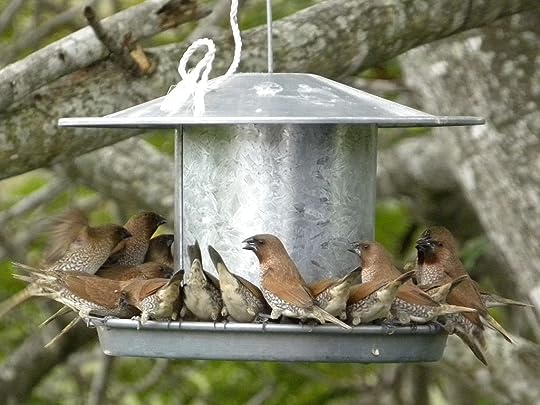 It is important to know who lives within our borders. Our national security depends on it.
Posted by Nancy at 1:09 PM