Squadron Supreme Vol. 1: By Any Means Necessary! by James Robinson
My rating: 3 of 5 stars

Many alternate Earth's were destroyed coming up to the events of Secret Wars, but there were some survivors. Those survivors formed a new Squadron Supreme, each member was the sole survivor from an alternate Earth. 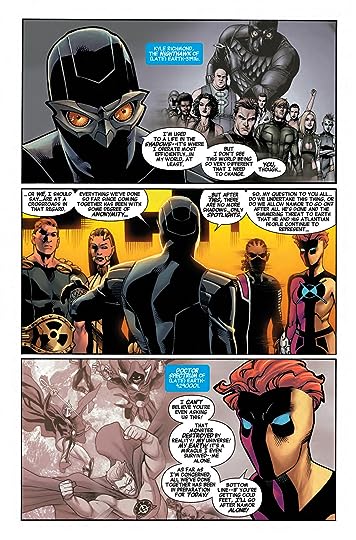 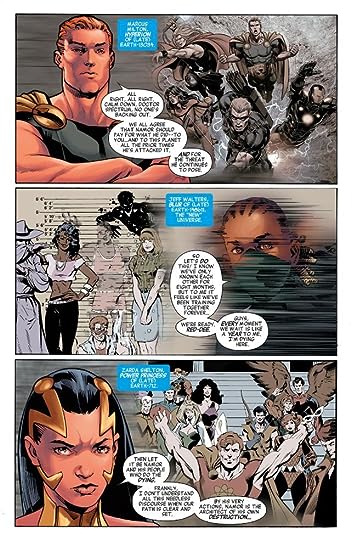 They've claimed this Earth as their home and intend to do whatever is necessary to protect their new home from all threads including ones from Earth destroyers like Namor. 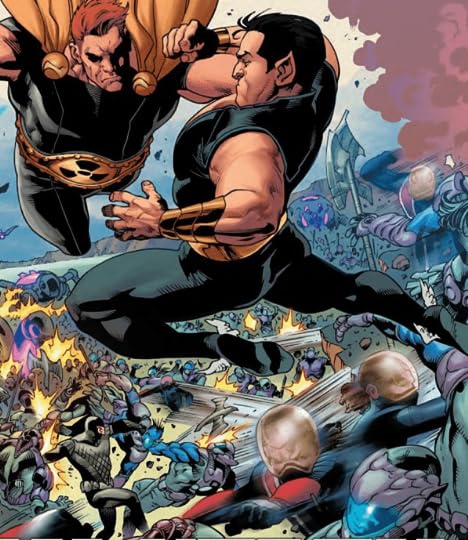 Their actions draw some unwanted attention. 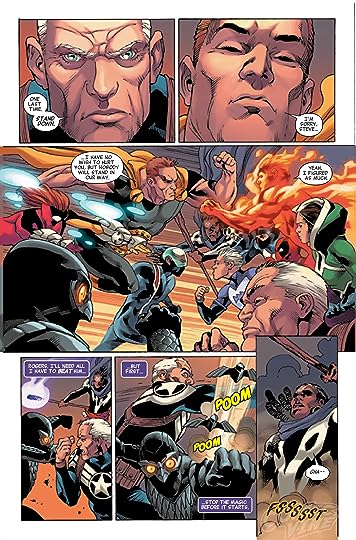 By Any Means Necessary started off with some shocking events and then meandered it's way to Weirdworld. I don't know what Marvel is hoping to accomplish with Weirdworld, but it has recently appeared in a few new titles. Anyway this Squadron Supreme is interesting because it pulled characters from all over the multiverse. It seems like Marvel's way to continue acknowledging their summer event while giving a makeover to their version of the Justice League. Overall this volume was OK. In some ways teams like the Squadron are more challenging especially in the beginning as they attempt to establish back stories on each of their characters. While the existence of prior Squadron's allow less attention to be paid on back stories the fact they are from alternate Earth's necessitate more explanation. The only character whose back story happened in a previous comic is Nighthawk as he is from the Supreme Power titles around 2005.

In the end By Any Means Necessary isn't bad, but it's far from spectacular.