AGENT 110: AN AMERICAN SPYMASTER & THE GERMAN RESISTANCE IN WW2 BY SCOTT MILLER

Agent 110: An American Spymaster and the German Resistance in WWII by Scott Miller
My rating: 4 of 5 stars

”My husband doesn’t converse with me, not that he doesn’t talk to me about his business, but that he doesn’t talk about anything.... It took me a long time to realize that when he talks it is only for the purpose of obtaining something…. He has either to be making someone admire him, or to be receiving some information worth his while; otherwise he gives one the impression that he doesn’t talk because the person isn’t worth talking to.” Clover Dulles, wife of Allen Dulles 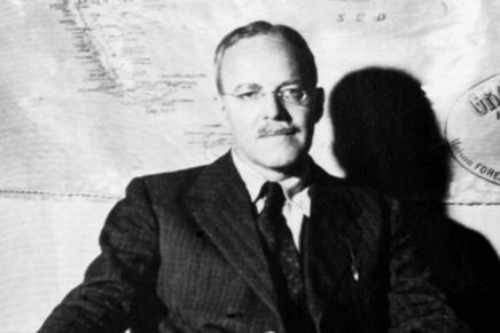 The dashing and enigmatic Allen Dulles. Mary Bancroft said for many decades after she’d last had contact with him the memory of his laugh would always bring a smile to her lips.

I get the impression that Allen Dulles always felt an inordinate amount of pressure to compete with his older brother John Foster Dulles. This can lead to reckless, unprincipled behavior in a younger sibling, but in Allen it seems to have fostered (I couldn’t help it) a focused need to succeed. This book primarily covers the WW2 years of Dulles while he was working for the OSS (Office of Strategic Service) in Bern, Switzerland. I first learned about the OSS from a retired judge who used to come into the bookstore I worked at in Phoenix. The guy was nuts about books, maybe even more nuts than I am. He told me stories about his work in the OSS. He was one of the guys in on the capture of Hermann Goering. As he said to me, “I had the privilege of laying hands on that evil man.”

The OSS is the precursor of the CIA (Central Intelligence Agency). Receiving this Bern assignment was a perfect fit for Dulles. He was on his own. Any bosses he may have had were generally thousands of miles away. He loved the freedom and, as Scott Miller alludes to, he chafed under the strictures of a normal, hierarchical, office situation later in his career. I’m sure he didn’t want to have to consult with others. He wanted the ability to say, let’s do this or not, without having to get approval from a committee of people.

He was effective, and especially during wartime, if a person proves themselves to be competent, they are generally given the latitude to what they feel they need to do with very little interference. Dulles hired a secretary, a saucy, married, American woman by the name of Mary Bancroft. He needed someone who would make his spies feel more at ease. Miller never actually states that Bancroft may have also worked her feminine wiles on the series of spies she helped Dulles manage, but she certainly, briskly warmed Dulles’ bed for a while. As we learn more about Dulles, we realize that he flipped an hourglass over on every sexual relationship the moment it began. ”Such an affair was not unusual for men of Dulles’s generation, who considered such relationships an entitlement for the wealthy and powerful.” 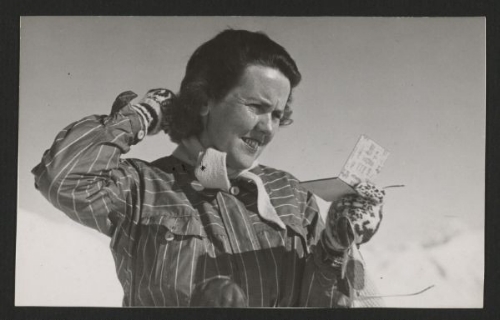 I’ve looked at several pictures of Mary Bancroft and do not see the beauty that was attributed to her, but we all know how deceptive the lens is. I have a feeling her mannerisms and personality added to her attractiveness.

And women, married or otherwise, seemed to find Allen Dulles irresistible, despite knowing or maybe because they knew the relationship was doomed to be a fleeting one. There is speculation that his affairs may have numbered in the hundreds. Normally, I would think this would make him vulnerable to blackmail or to inappropriate pillow talk, but my impression is that he never really trusted anyone, and women were really just a source of pleasure, not confidants.

From Bern, Dulles did manage to make contact with several, important or certainly dedicated Germans intent on helping bring down Hitler’s Germany. They wanted their Germany back. It was through this network that he learned about Operation Valkyrie, which was the July 20th, 1944, plot to assassinate Hitler. His network was also how Dulles came into contact with Waffen-SS General Karl Wolff, who under the Operation name Sunrise was trying to peacefully surrender the German troops in Northern Italy. Beyond all the spy work that was going on within Germany, there was a growing understanding that the Soviet Union was going to be a problem after the war. As Germany grew weaker, the Russians became more emboldened, and soon the war focus was more about what the Russians were up to than concerns about Hitler and his remaining, beaten German forces. 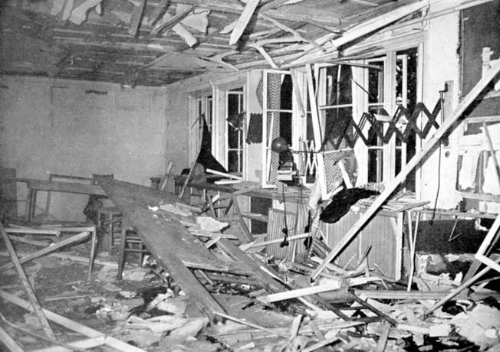 The July 20th bomb should have killed Adolf Hitler, but by a quirk of fate he survived unscathed.

The Cold War began, a game that Dulles was particularly perfectly suited for.

Scott Miller provided me with a several insights about Dulles in Bern that I didn’t know before. There was a prominent psychologist, which I will leave as a surprise for the readers, who provided him with in-depth analysis about Hitler and other prominent Nazis. Hitler’s inner circle was a perverted and broken bunch of human beings, whose loyalty to him was their need to belong to something for the first time in their life. They finally had a place in society where they could judge others as they felt like they had always been judged. Dulles lost people, some were apprehended and some just disappeared. Tension of this magnitude requires a special person. I sense that there was a distance between Dulles and every person he ever became “friends” with, and in the spy business this may have been a real source of strength. 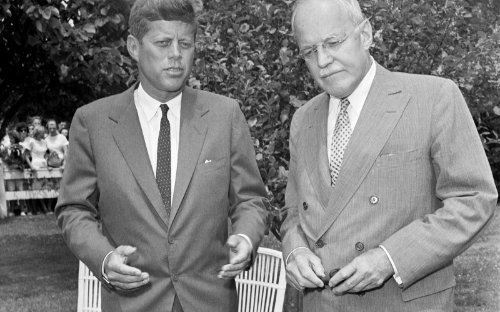 President Kennedy and Allen Dulles, a duel of contrasting personalities.

This book is a great way to meet Allen Dulles before he became the icon and face of American Intelligence, which lasted even beyond his summary dismissal as Director (officially a resignation) by President Kennedy in 1961. With the revolving door of CIA directors, his tenure stands as a testament to the value of his service. If you like spy novels, in particular John le Carré, you will enjoy experiencing the real life adventures and tribulations of the men and women who were trying to defeat German from within.

Posted by JEFFREYKEETEN at 4:01 PM