Being cut in half wasn't enough to stop Darth Maul. He's returned with metal legs and his brother Savage Opress. 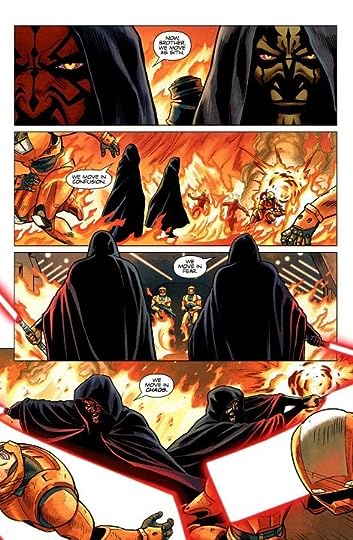 Their first target is a foolish business man who put a price on their heads.

There are so many stories the prequel trilogy could have told them would have improved it. Among my favorite is the idea that Darth Maul survived being cut in half and obtains metal legs. The fearsomeness of Maul along with massive cyborg legs would have at the least added to the cool factor of the prequel series. This story touches on an expanded universe where Maul survived, takes his brother as an apprentice, and seeks to destroy Obi-Wan Kenobi. 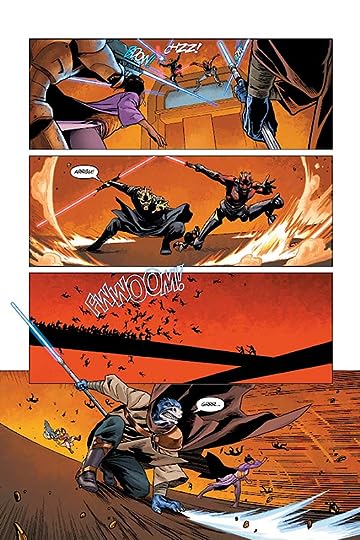 It's a much better story than Attack of the Clones and there is no whiny teenager Anakin Skywalker with his unbelievable love interest to bog the story down.

Death Sentence shows Darth Maul is a sith through and through while demonstrating just how dangerous he truly could be.