Inhumans: Once and Future Kings

Inhumans: Once and Future Kings by Christopher J. Priest
My rating: 3 of 5 stars

Black Bolt is the King in waiting as the Living Terrigenesis also known as the Unspoken is the regent King. The Unspoken became King after the death of Black Bolt's parents. All has gone well with the arrangement until the alpha primitives attempt to execute the Unspoken. Black Bolt, Maximus, and Medusa are convinced by a smart alpha primitive that their lives are in danger because they embarrassed the Unspoken by saving him. They flee Attilan seeking help.

Inhumans: Once and Future Kings is a story that just seems off. I've read up on the history of the Unspoken and the story simply made him seem vastly different. It largely reads as though it's the Unspoken's own account of the situation. He views himself as a benevolent regent preparing Black Bolt and Maximus to lead. 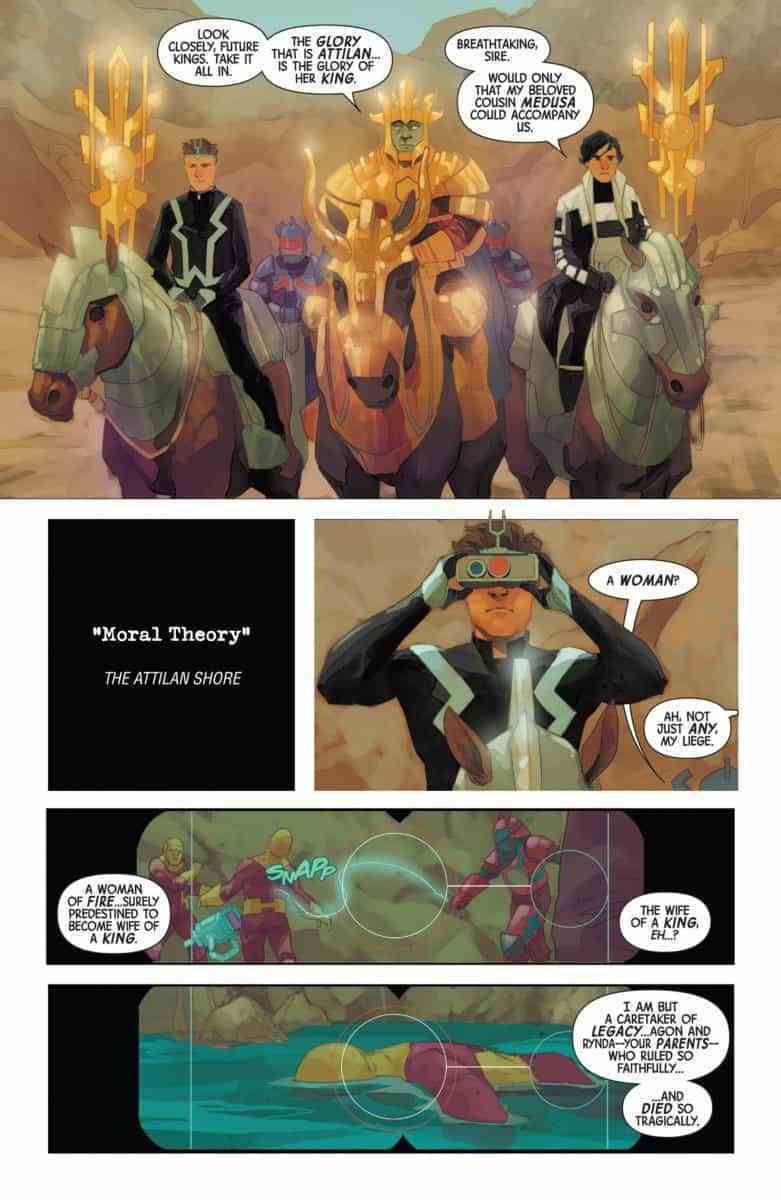 The story pins the blame largely on the Seeker 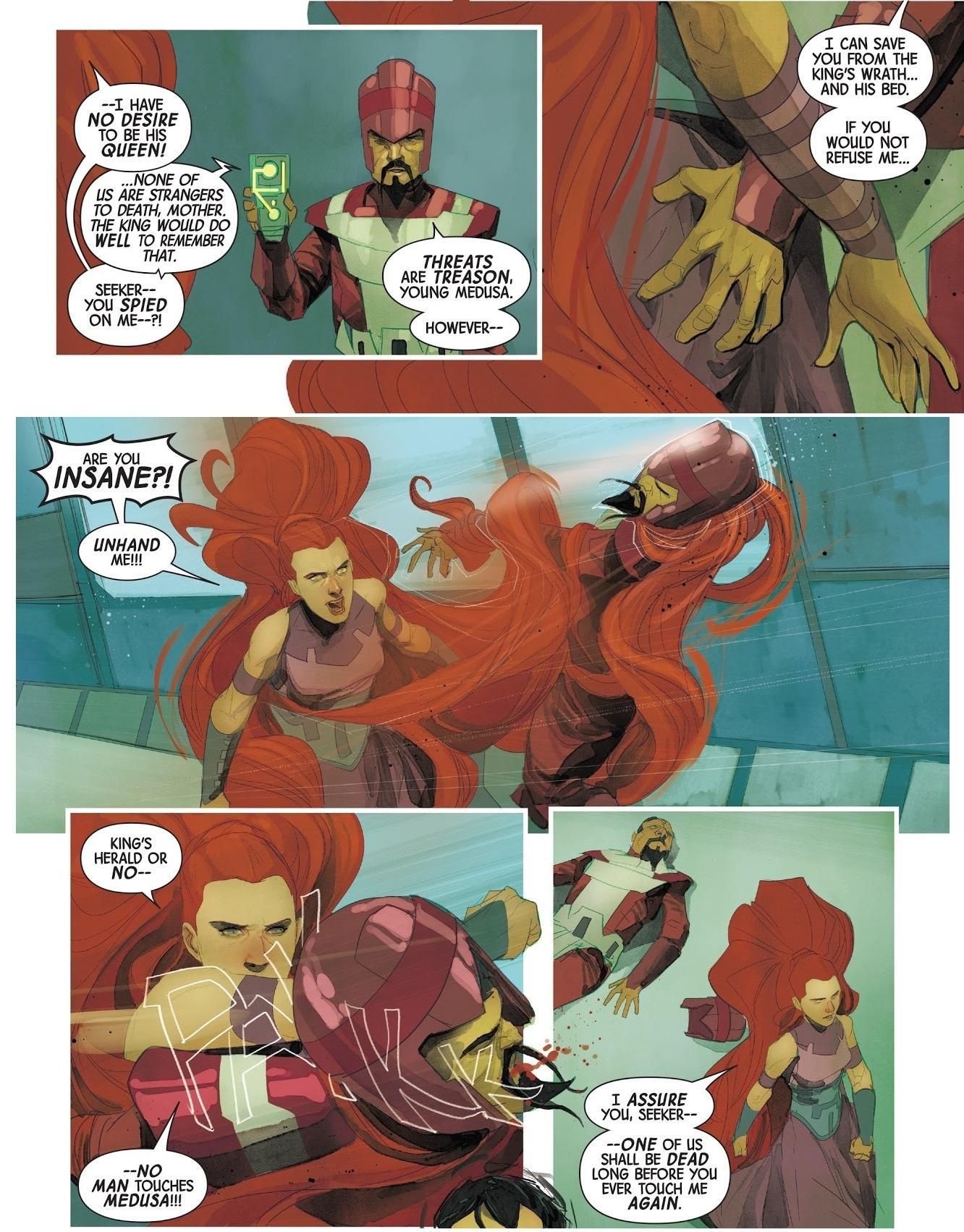 while also depicting Medusa as an angry impulsive young woman. 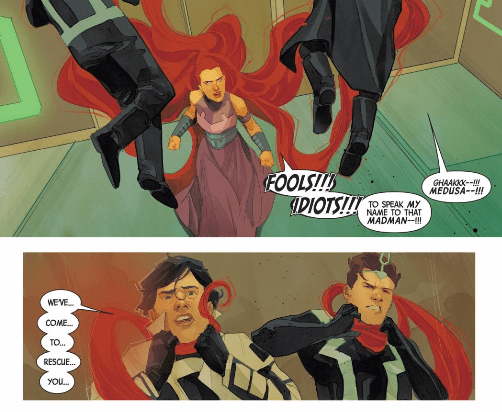 Outside of the strangeness of the story's continuity it was a solid look at the Inhuman Royals. They all get some page time and outside of Medusa's rage they behave in a consistent manner to other stories I've read about them. The story wasn't groundbreaking in any way.

Inhumans: Once and Future Kings is an average take that doesn't seem to agree with prior Inhuman tales.