A Spanish American War Vet Gets the Ax 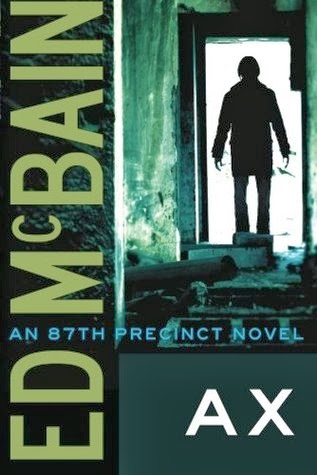 
On a bitterly cold January afternoon, the detectives of the 87th precinct are called to the basement of an apartment building where the building super is Mr. George Lasser. Lasser is eighty-six years old and a veteran of the Spanish American War. Lasser managed to survive the encounter with the Spanish and a whole host of other difficulties that beset the planet between 1898 and 1963, when this story was written. But when someone plants an ax in the middle of his skull, it's pretty much lights out for George.

There's no evidence pointing at the killer and all of the early suspects have what appear to be iron-clad alibis. This means that Steve Carella, Cotton Hawes and the other bulls are going to have to put in a lot of time and use up a lot of shoe leather, trying to determine who might have had it in for the old man. The guy's wife is totally nuts; his son refuses to leave the house; his three old buddies from the war have nothing to offer, and so there's not a lot of help there.

But Carella is nothing of not persistent, and pushing his network of snitches and other acquaintances, he finally begins to tease out a picture of the victim that may lead to the killer, though maybe not before he or she strikes again.

This is another solid entry in the 87th Precinct series and follows the formula that McBain had worked out in the previous seventeen books. Nothing wrong with that--it's a pretty entertaining formula.
Posted by James L. Thane at 9:58 AM