Frankenstein Unbound by Brian W. Aldiss
My rating: 3 of 5 stars

”The monster at my feet said, ‘This I will tell you, and through you, all men, if you are deemed fit to rejoin your kind: that my death will weigh more heavily upon you than my life. No fury I might possess could be a match for yours. Moreover, though you seek to bury me, yet will you continuously resurrect me! Once I am unbound. I am unbounded!’” 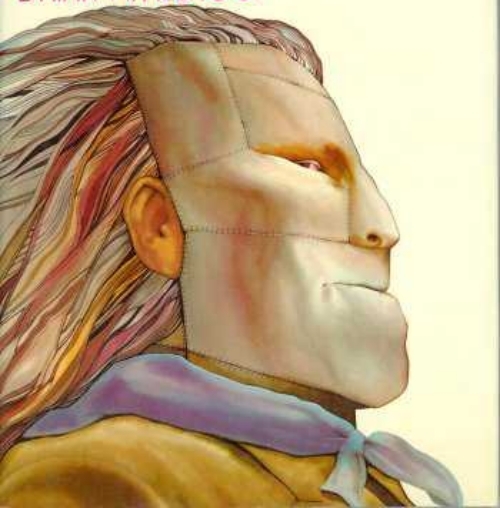 Original cover art from the first edition in 1973. I like it.

Joe Bodenland is living in the midst of a dying Earth in 2020. A nuclear war in space has torn the fabric of the universe, and now everyone is experiencing timeslips. The future and the past are now blending. He might go to bed in 2020 and wake up in 1984 or 1432. The timeslips are unreliable. He might be in 1776 for an hour or twenty hours before he is snapped back into the present in 2020.

”By seeking to control too much, we have lost control of ourselves.”

When Bodenland finds himself in 1816 Switzerland, he can’t help but explore. He drives his 21st century nuclear powered car out from his temporarily relocated house to take a look around. Before he can return, the timeslip...slips again... and he is stuck in the 19th century. He is not that unhappy about it; in fact, he is rather giddy at the thought of meeting the Romantic poets who just happen to be vacationing in Switzerland at this very moment in time. Byron, Shelley, and his soon to be wife, Mary, are welcoming, but after meeting Victor Frankenstein over a stein of beer, Bodenland realizes that there is a mashup of the real and imaginary happening as well.

He sees the creature, the fiend, the Frankenstein’s monster, and feels that something must be done before this beast, already a murderer, kills again. He goes to Mary Wollstonecraft, hoping that she can give him insight into a book she hasn’t even written yet. She is not yet eighteen, a young mother, but at the height of her beauty, and at an intriguing stage of her developing intellect. Bodenland is starstruck. ”Seen in the soft green light of the window, speaking with her serious calm air, Mary Shelley was beautiful to behold. There might be a melancholy here, but there was none of Shelley’s madness, none of Byron’s moodiness. She seemed like a being apart, a very sane but extraordinary young woman, and a slumbering thing in my breast woke and opened to her.”

Bodenland knows more about Mary Wollstonecraft Shelley than she knows about herself at this point in her life. He is enamored with the woman she is going to be, as much or more as he is of the young girl she is at this moment. ”Let your sunlight and my moonlight mingle!” She says, which means exactly what you think it does! 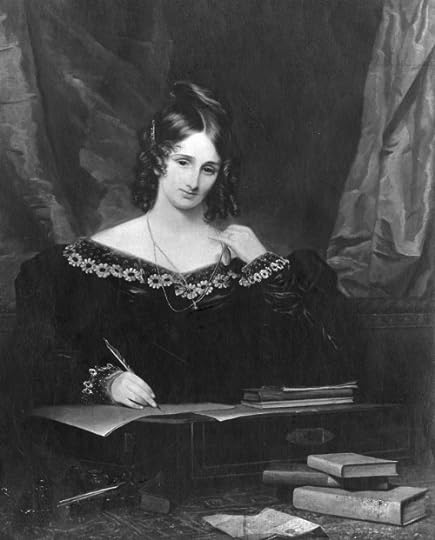 I can think of a number of literary crushes I have on writers: Marguerite Duras, Clarice Lispector, or Daphne du Maurier to name a few. I may have to add Mary Wollstonecraft Shelley to the list.

Bodenland becomes obsessed with stopping Frankenstein before he creates another creature. Frankenstein feels compelled to comply with the Monster’s request, due to his own guilt and the very real fear that, if he doesn’t supply the Monster with a woman, he will be torn to shreds. Bodenland finds himself desperately chasing these creatures, taking the role that Frankenstein fulfilled in the original book. ”Nothing could refresh my soul; I was a Jonas Chuzzlewit, a Raskolnikov. I had lied, cheated, committed adultery, looted, thieved, and ultimately murdered; henceforth my only fit company was the two brutes who journeyed somewhere ahead of me, my only fit surroundings the frigid hinterlands of hell which I now entered.”

He has become worse than those he feels must be destroyed.

Will he himself be unhinged, unbound, unfit?

Brian W. Aldiss is a huge fan of the novel Frankenstein. He ”has argued that it should be considered the first true science fiction story because, in contrast to previous stories with fantastical elements resembling those of later science fiction, the central character ‘makes a deliberate decision’ and ’turns to modern experiments in the laboratory’ to achieve fantastic results.” He certainly felt respect, maybe mingled with a bit of lust, for Mary Wollstonecraft, which I find to be charming and only slightly pervy that he fulfilled a sexual fantasy in fiction through a surrogate character. I wish that Aldiss had developed the interactions with Shelley and Byron more thoroughly. They are such dynamic, fascinating characters that I felt shorted by the drive-by moments that they appeared in the novel. It reminded me of how much I enjoyed Tim Power’s book The Stress of Her Regard

Interesting concept, so interesting in fact that I wanted more. I felt the idea of the book was sold short and could have been a terrific book if Aldiss had drilled down deeper into the thoughts and feelings this situation inspired. Recommended for fans of Frankenstein and his monster.

Posted by JEFFREYKEETEN at 11:16 AM